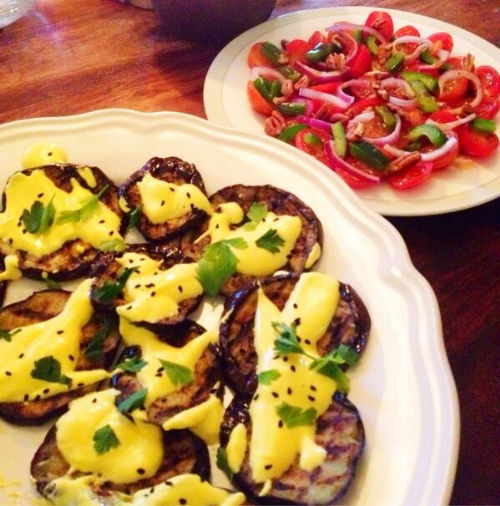 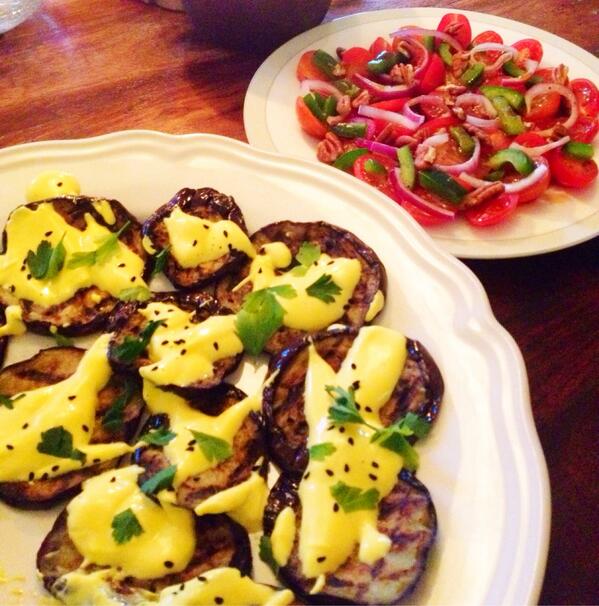 I have been a fan of Sabrina Ghayour’s cooking for a while now. I first went to the supperclub she hosts from her living room over a year ago, which you can read about here. Since then I think I’ve been on 4 other occasions, mainly because I kept raving about her cooking to my friends. Sabrina’s cooking has not gone unnoticed by publishers and she has her very first book, Persiana, coming out next month which you can pre-order here. 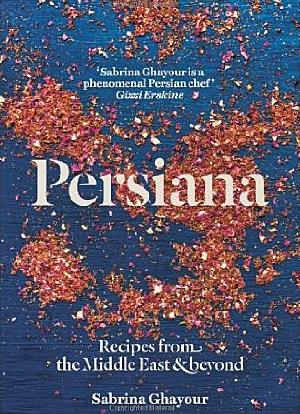 Last weekend, the Observer featured a taster of Sabrina’s recipes from her book, you can see the recipes here. Luckily I had most of the ingredients for two of the recipes in my kitchen so I set about making them straight away.

As I was just making this for myself, I obviously reduced the ingredients, using just one aubergine.

Preheat a griddle pan over a medium-high heat. Brush the aubergine slices with olive oil on one side and chargrill for about 6‑8 minutes on each side, brushing the reverse side with more oil as you turn them over, until the texture softens and they are cooked through with nice griddle marks. Set aside.

Using a pestle and mortar, grind the saffron to a powder, then pour over the boiling water and leave to infuse for at least 15 minutes. Once done, put the cooled saffron water into the yoghurt along with the garlic oil and a generous seasoning of sea salt and mix well. If you want to slacken the yoghurt mixture, stir in up to 5 tbsp of water.

Arrange the aubergine slices on a platter, drizzle liberally with the saffron yoghurt, scatter with the parsley and top with the pickled chillies. Sprinkle on the nigella seeds and serve. 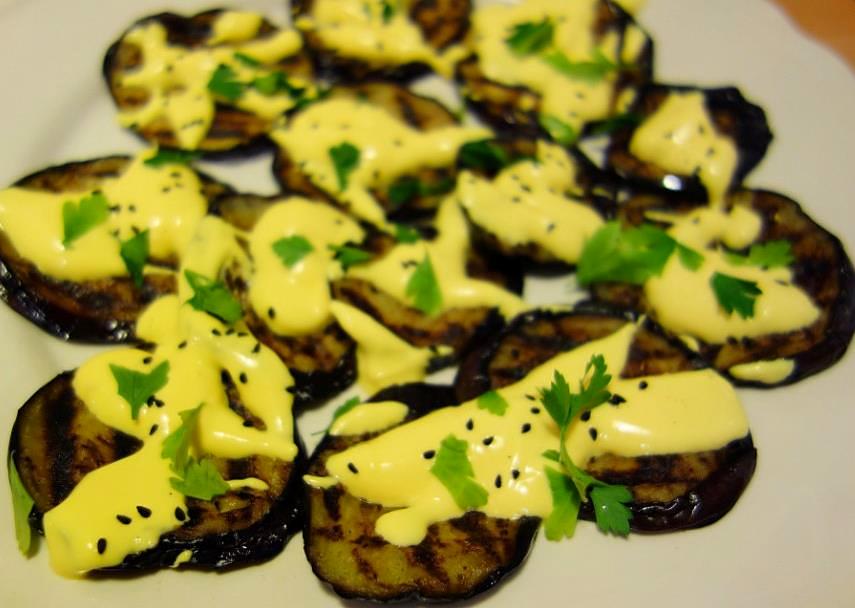 If using large tomatoes, chop them into rough 2cm cubes, or, if using cherry or baby plum tomatoes, simply halve them. There is no science or precision to making this salad – you just chop the tomatoes as you like.

Arrange the tomatoes, pepper rings or strips and onion on a flat serving plate.

In another bowl combine the sumac, pomegranate molasses, crushed sea salt to taste and a little drizzle of extra virgin olive oil and give the ingredients a good mix.

Drizzle the dressing evenly over the salad. Garnish with the walnuts and a little sprinkling of sumac and serve. 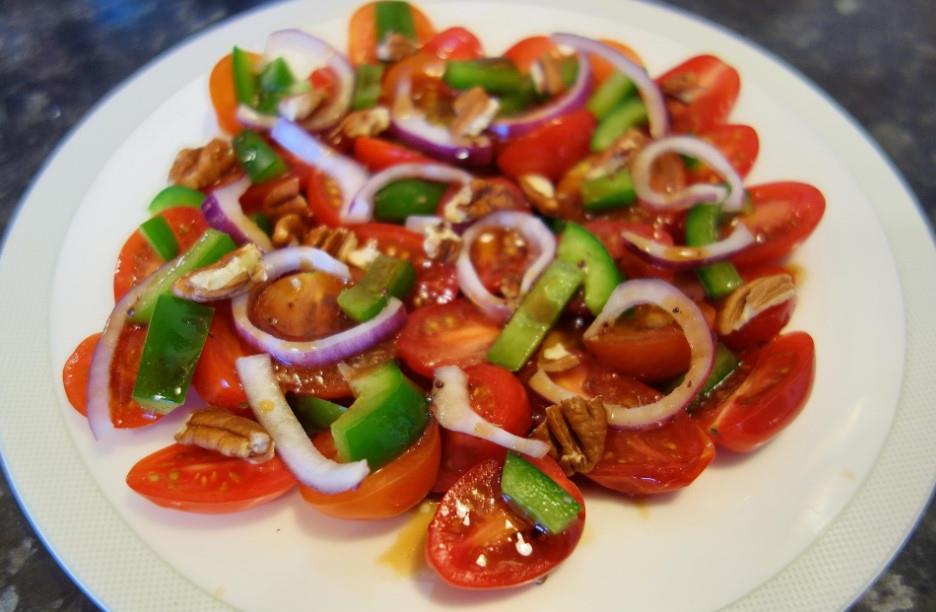 These dishes are so quick and easy to make, it almost feels like you’re cheating. I have a slight aubergine obsession at the best of times but I have never even considered pairing griddled aubergines with a saffron yoghurt before and yet it tastes terrific. And tomatoes, well, I eat a punnet of cherry tomatoes every day and yet I have never thought to have them with pomegranate molasses and yet it really works. The molasses makes them ‘pop’. I will definitely be making these dishes again, and I can’t wait for my copy of Persiana to land at my front door so I can make more of Sabrina’s dishes.