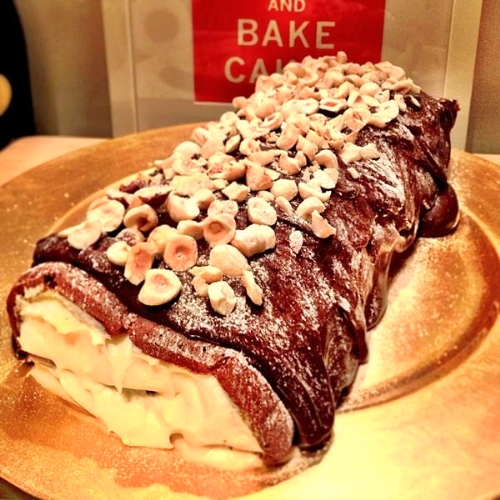 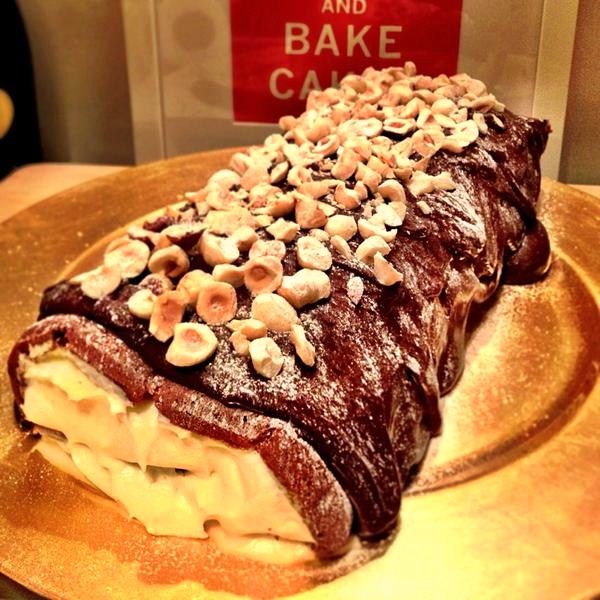 Last month I was flicking through Delicious Magazine and this recipe for Salted Caramel Yule log, designed by Gemma Gannon, founder of Band Of Bakers, jumped out at me.  I’m very glad I tried it out, it was incredible. It requires a bit of effort but its worth it.

Oh and a tip if you are going to try it…make sure you read the recipe thoroughly before you start baking. And have everything you need laid out. I know these are standard things but it really will make a difference with this. Oh yes, and have some room in your fridge as there are a few stages where things must be cooled or chilled. I had no room at all which posed a few re-arrangement issues!

To make the sponge, whisk the 3 egg whites in a clean bowl until soft peaks form, then add the cream of tartar and whisk until stiff. 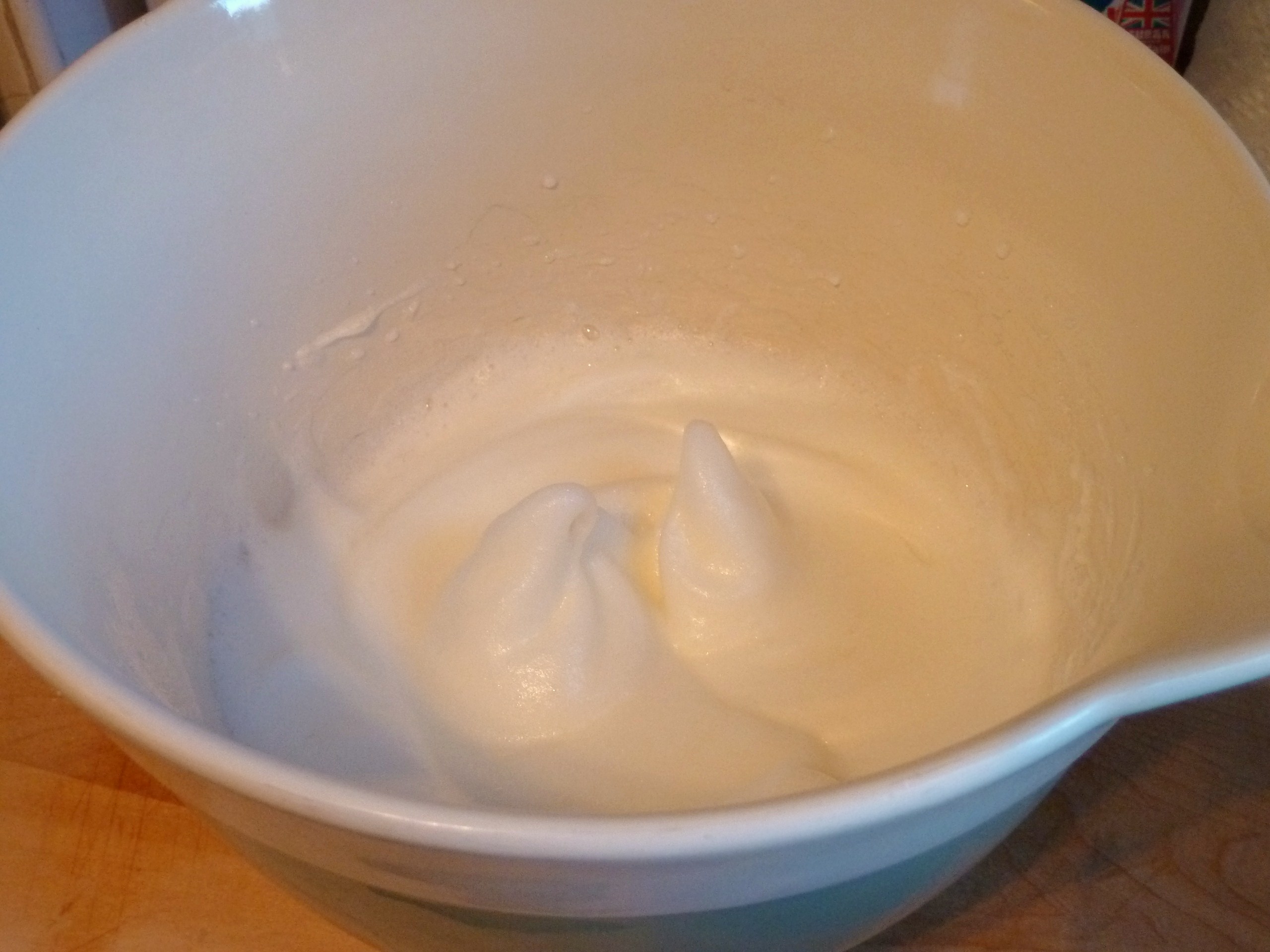 In a separate bowl, whisk the 3 egg yolks and the 100g caster sugar until thickened and pale yellow. Add the milk, then whisk again until just combined. 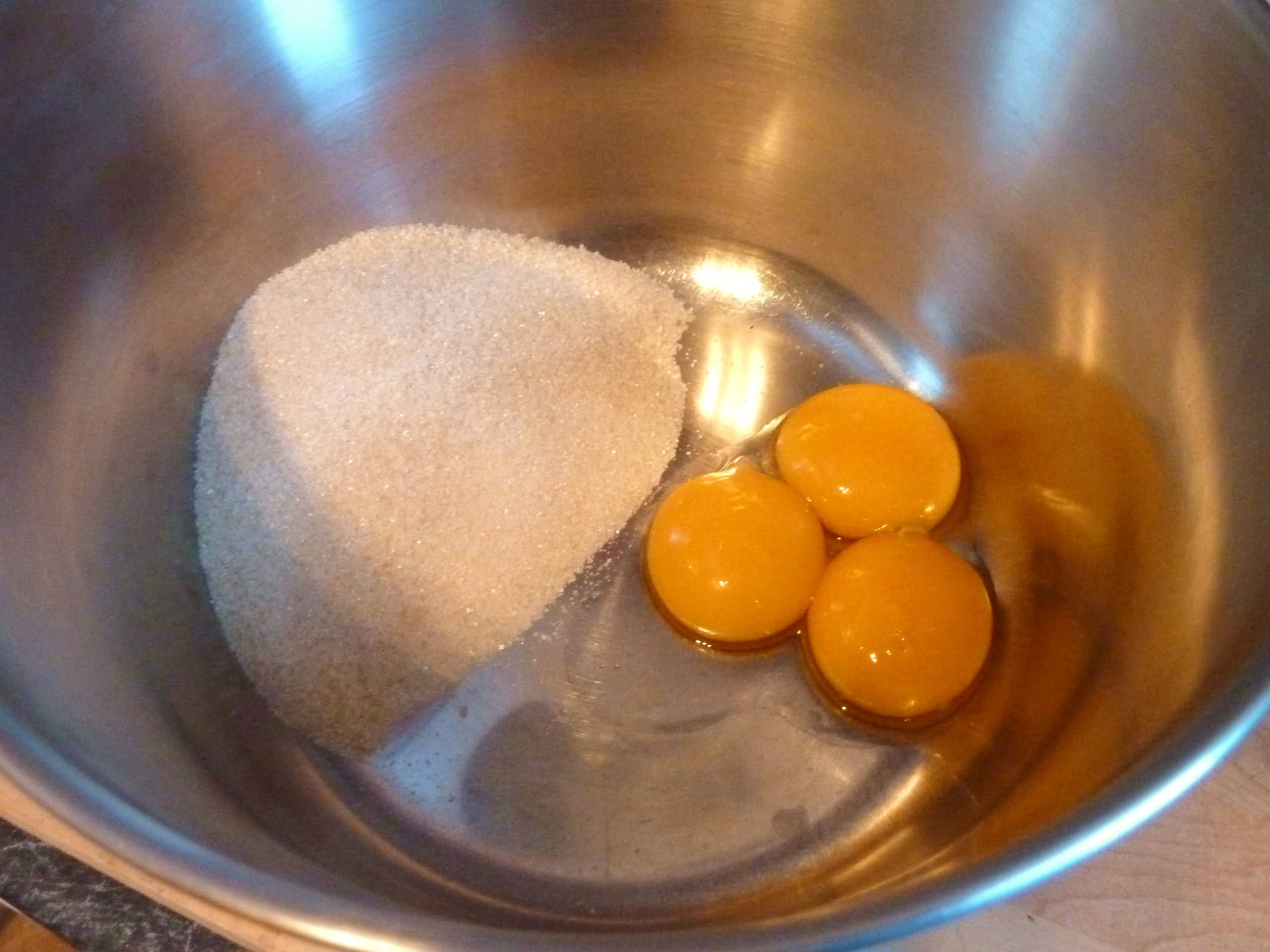 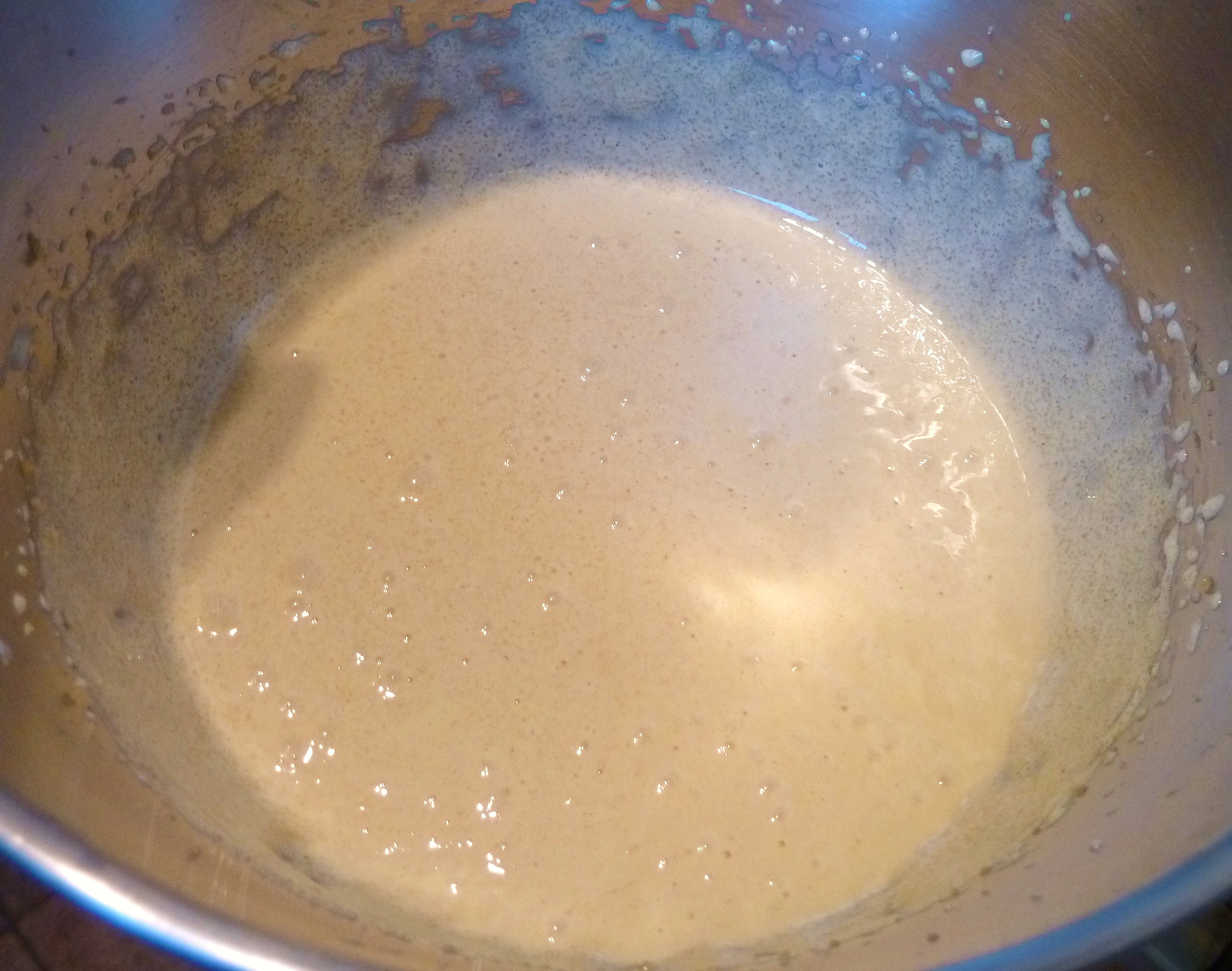 Sift the cocoa powder, flour and fine salt onto the egg yolk mixture then, using a metal spoon, fold in until well combined. 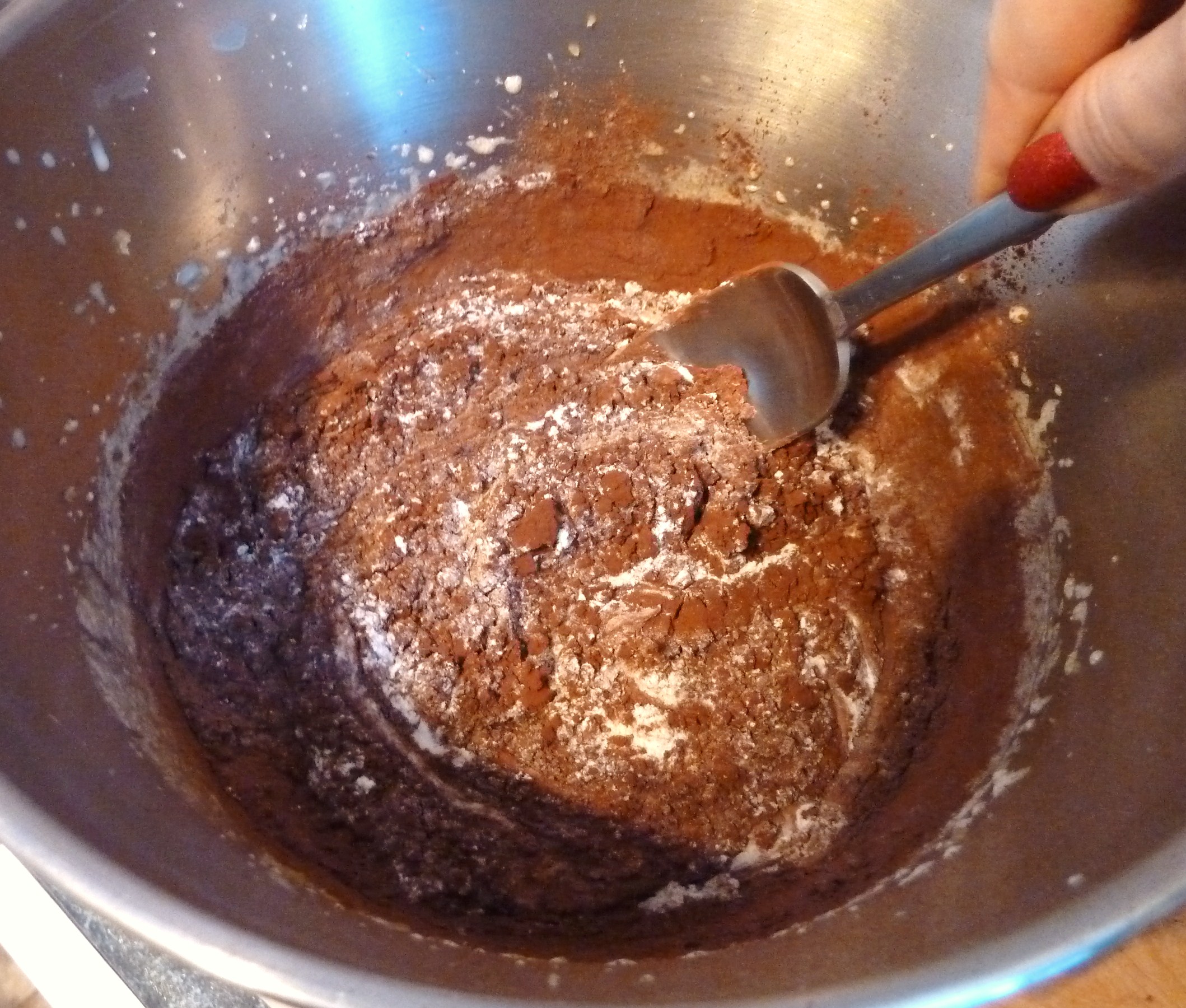 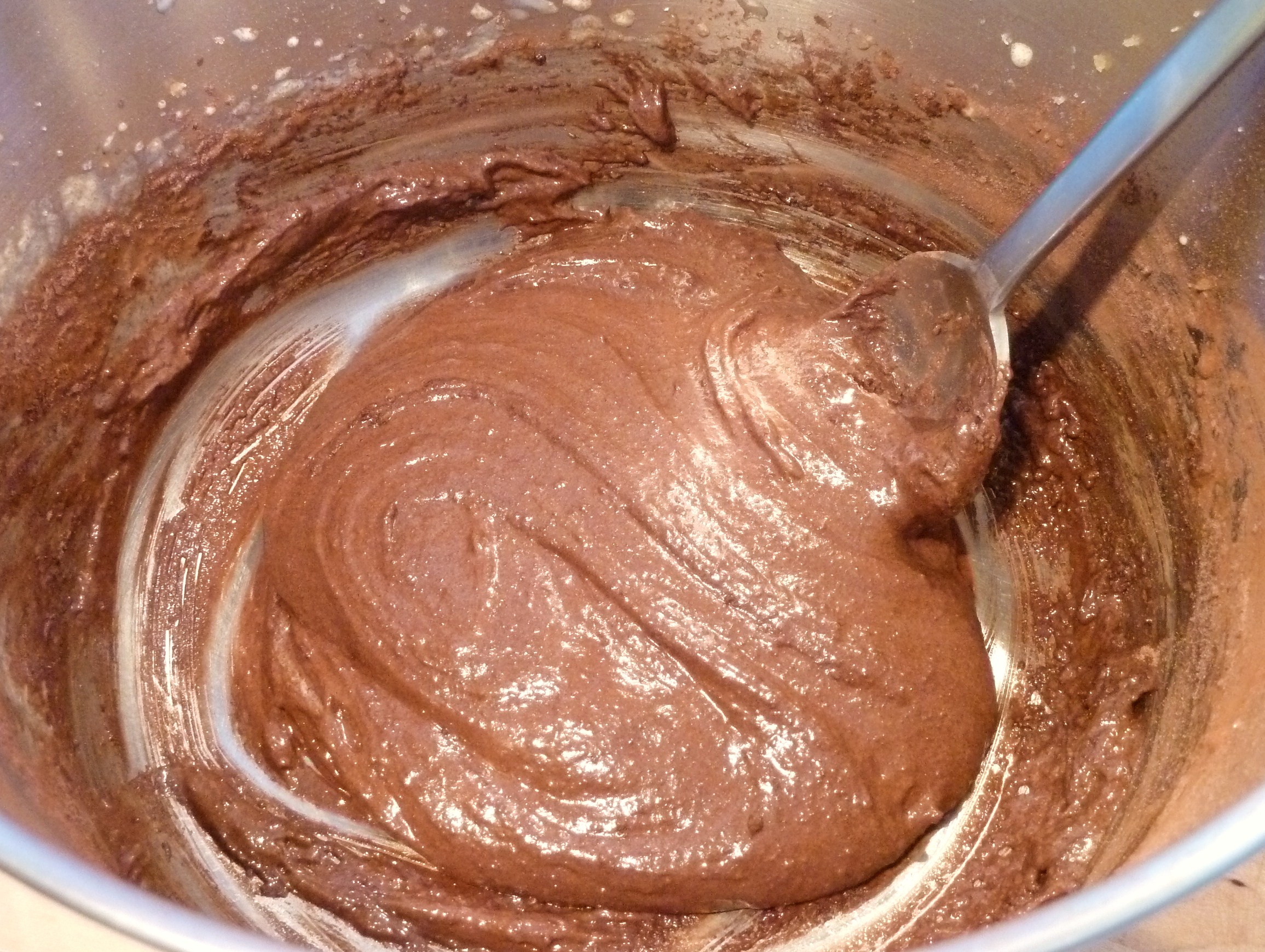 Gently fold in the egg whites, one third at a time, until well mixed, being careful not to knock out too much air. 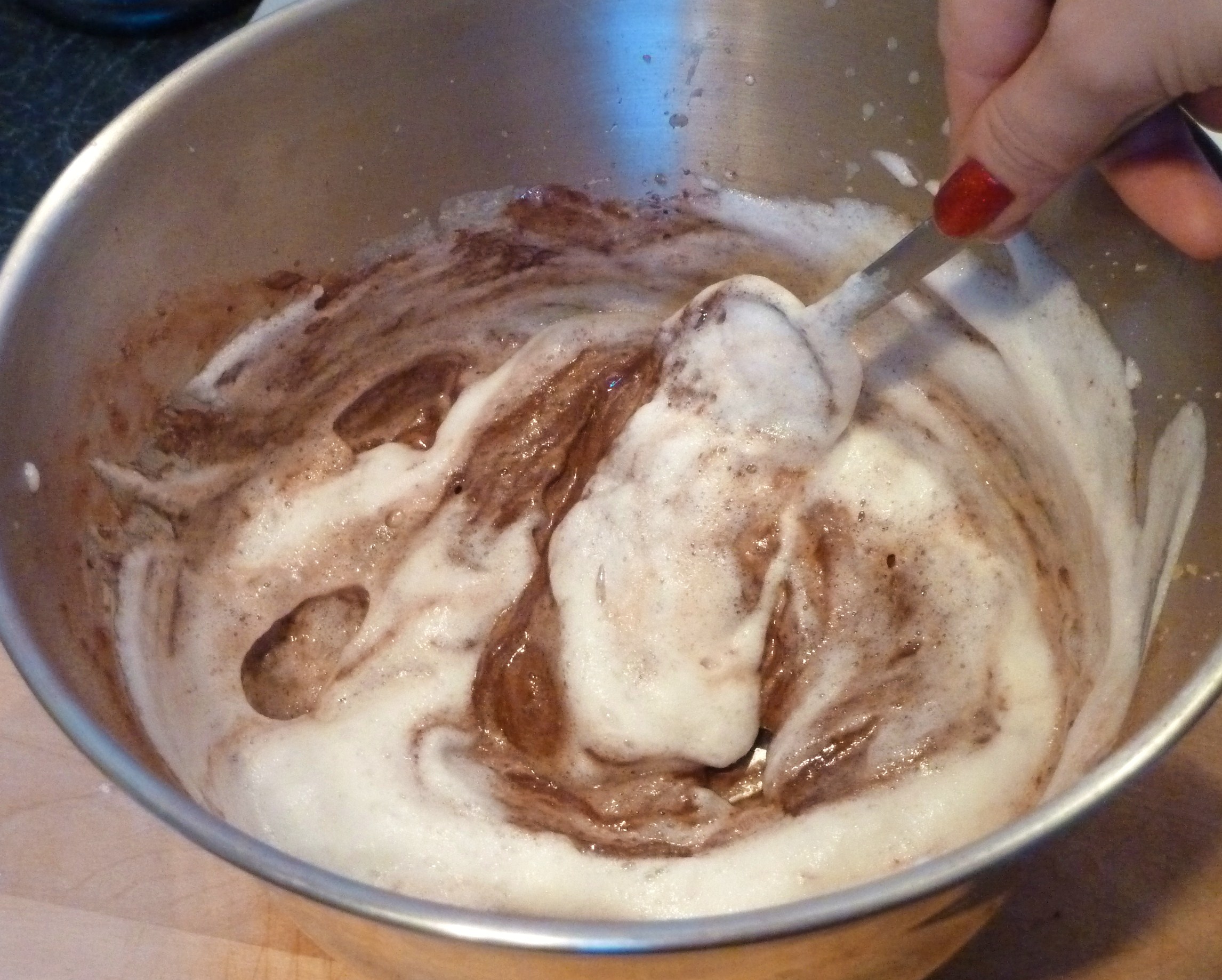 Then pour into the prepared tin. 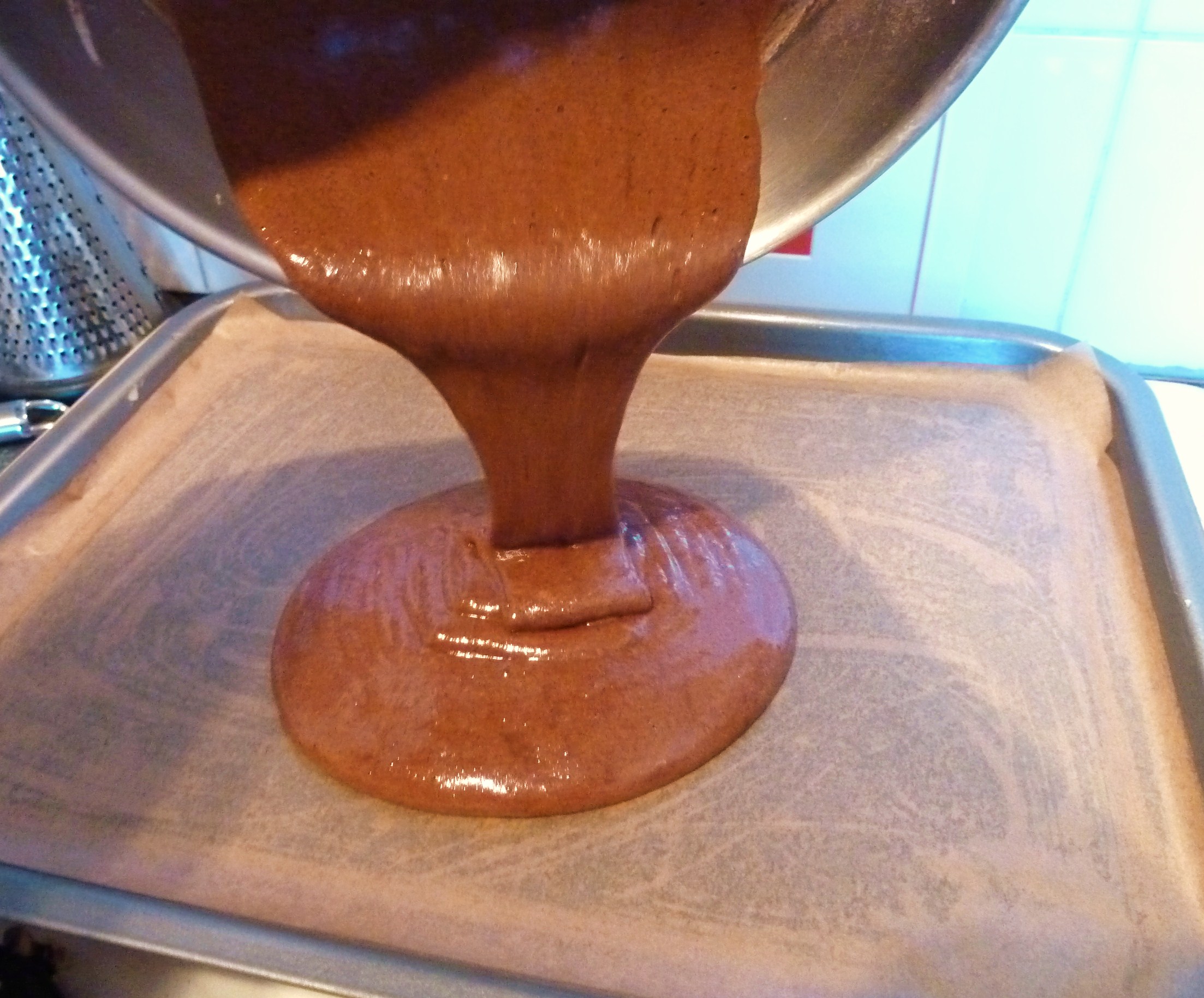 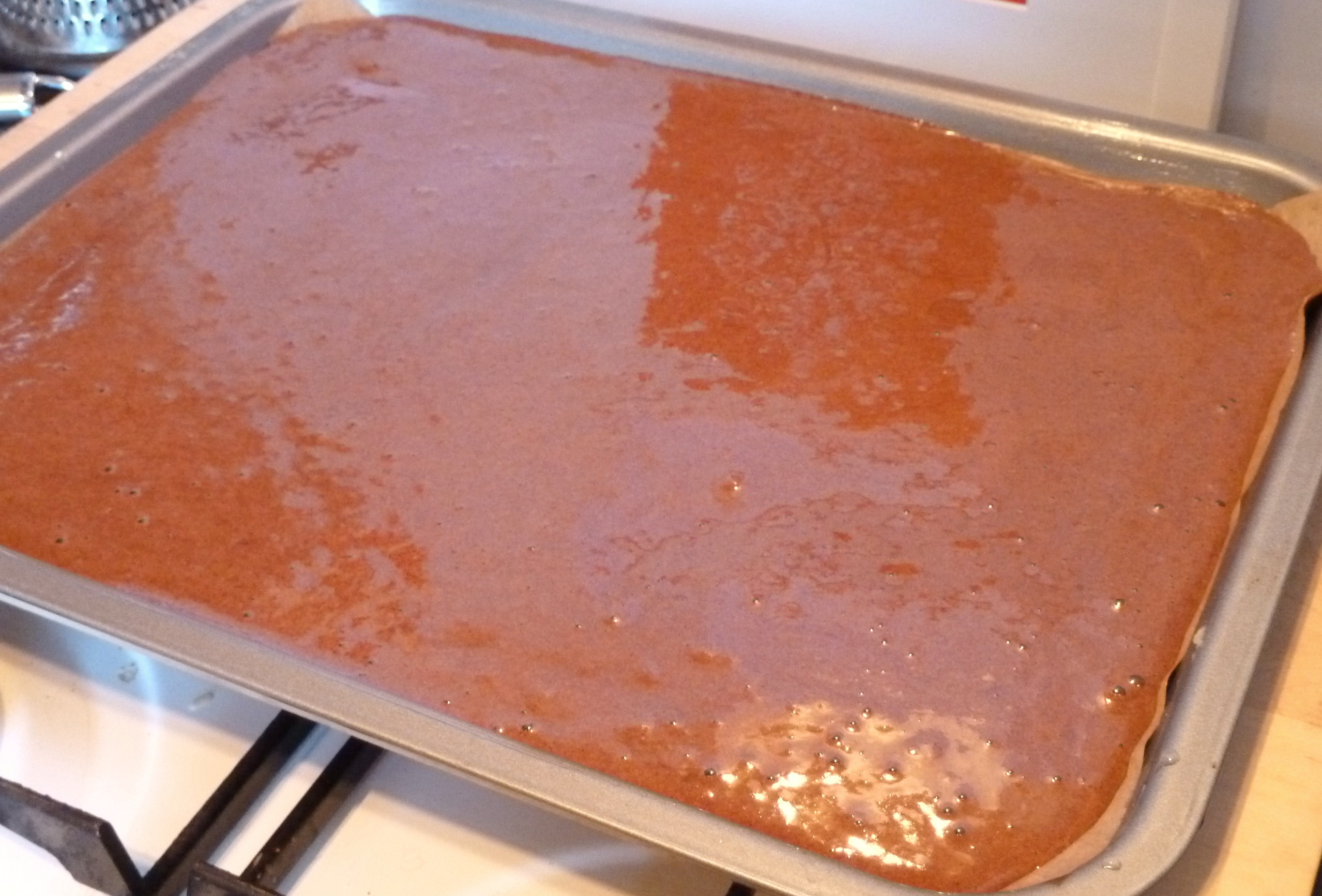 Bake for 15 minutes until the top is springy and the sides begin to come away from the tin. 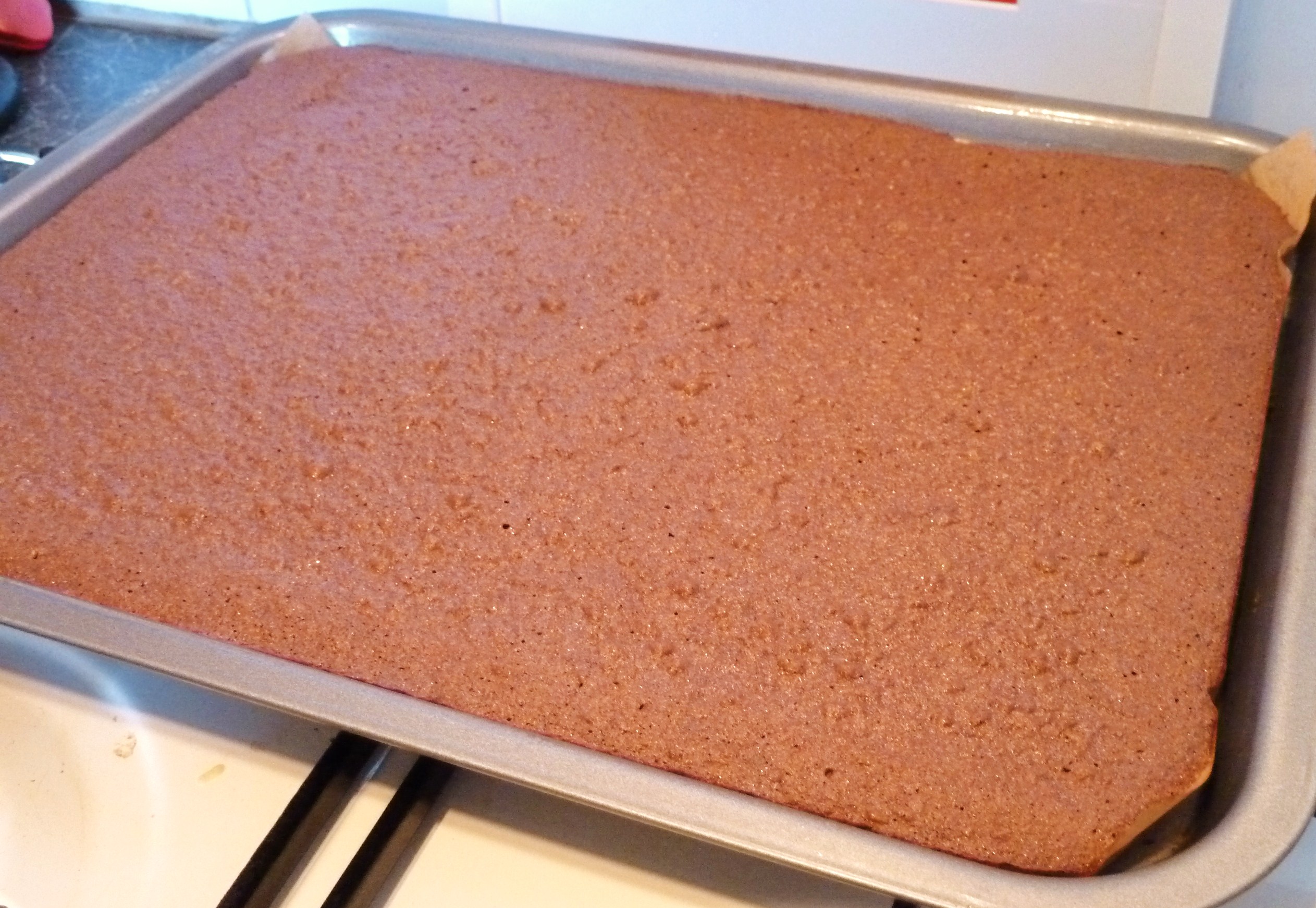 Leave the sponge to cool in the tin for 10 minutes, then transfer to a cooling rack. While still warm, roll the sponge up from a short end (with the baking paper on), leave to cool completely, then unroll carefully. This will help when rolling the cake. 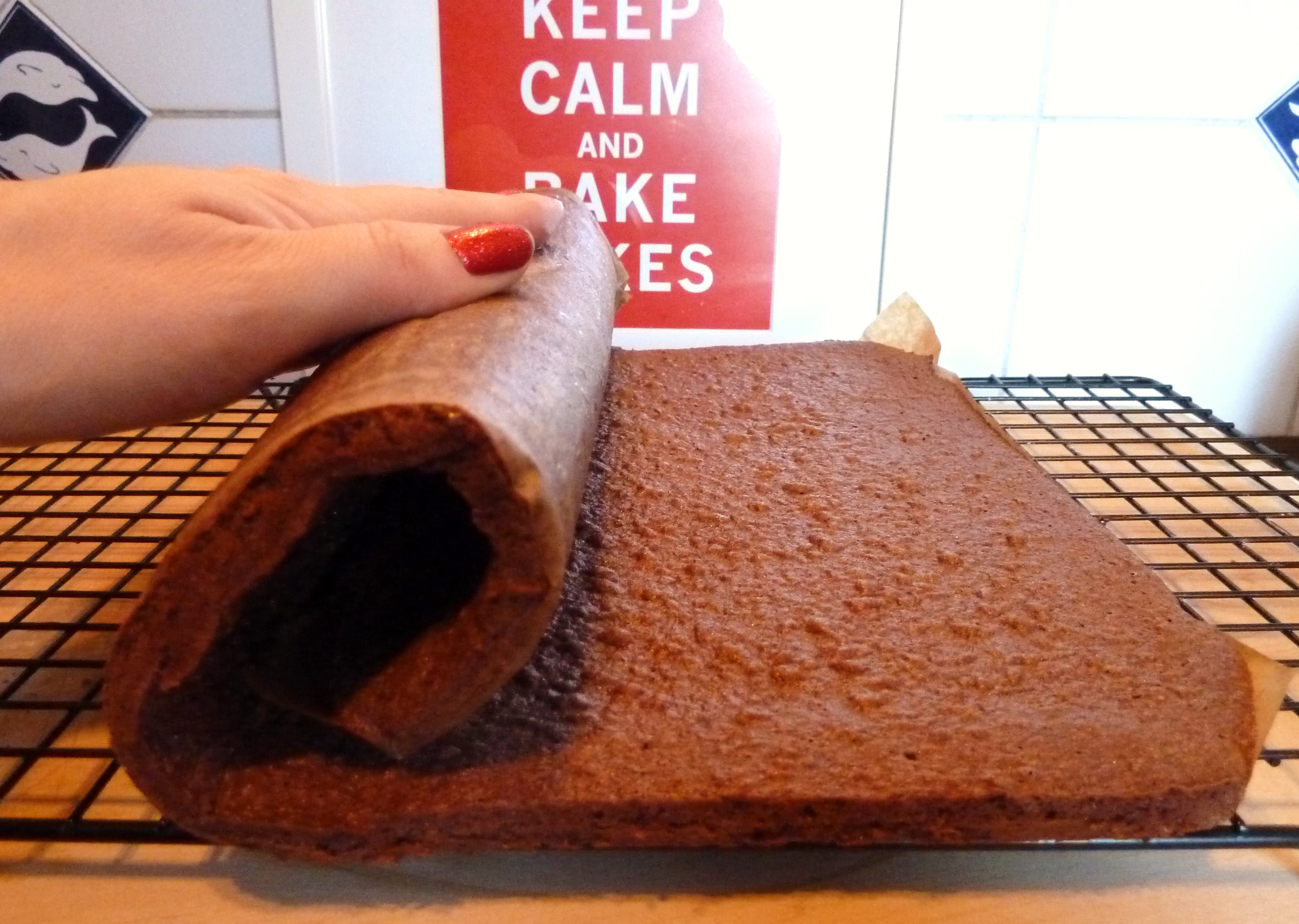 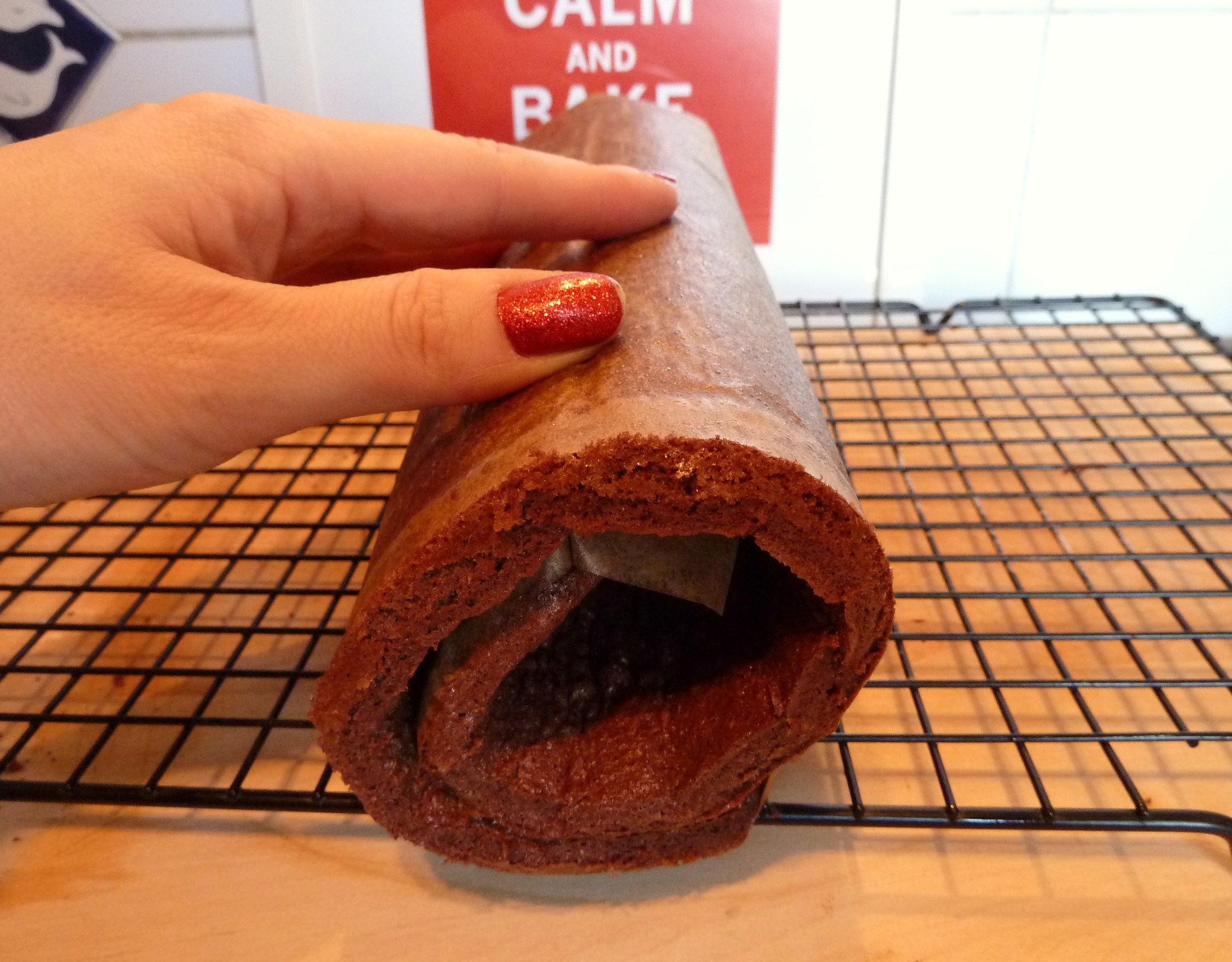 To make the buttercream, combine the 120g caster sugar, 120ml water and the golden syrup in a heavy-based saucepan. 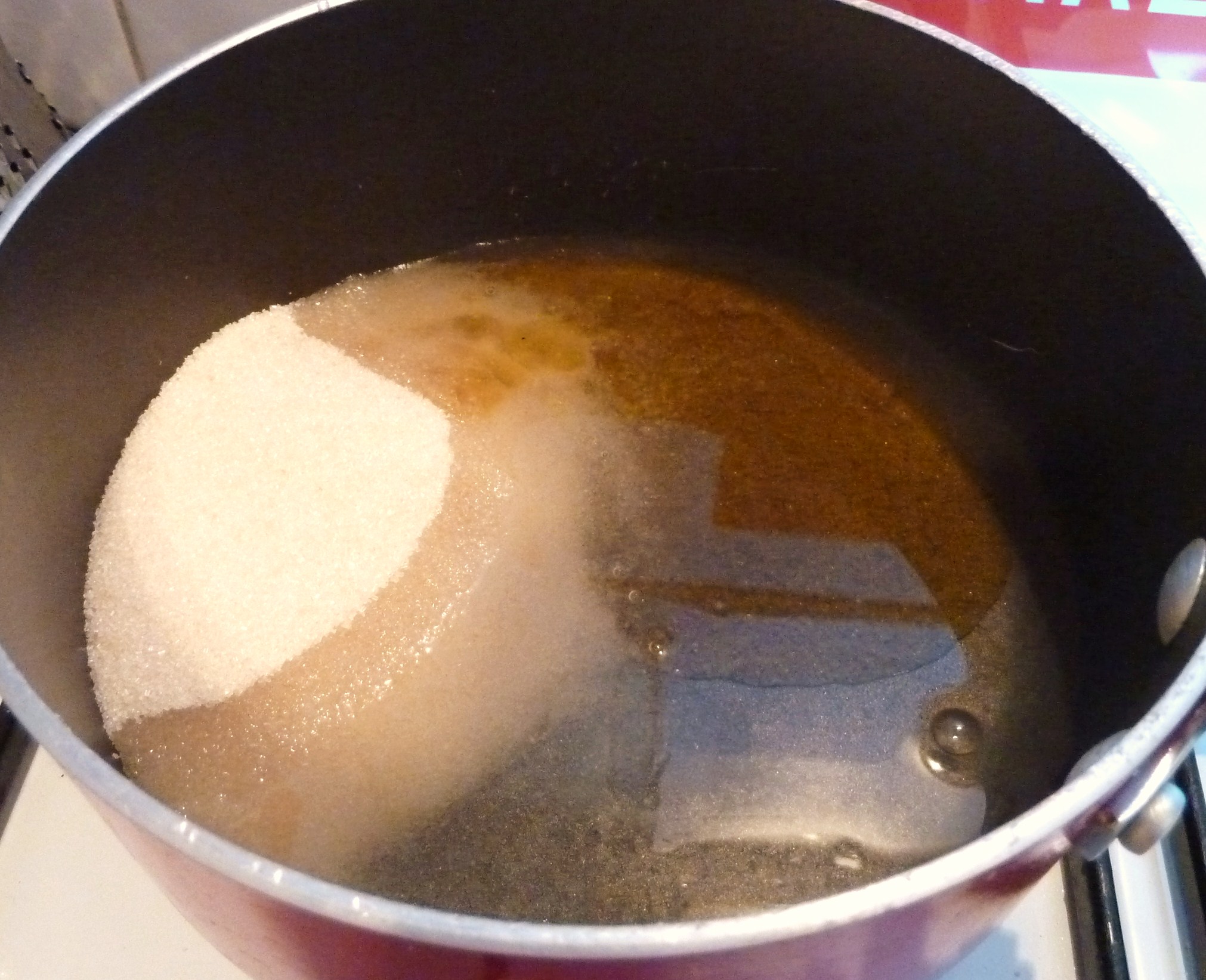 Stir with a wooden/silicone spoon over a medium heat until the sugar has dissolved, then simmer for 3-5 minutes until it becomes a dark caramel, watching closely to make sure it doesn’t burn. (Mine actually took about 6-8 minutes before it turned darker.) 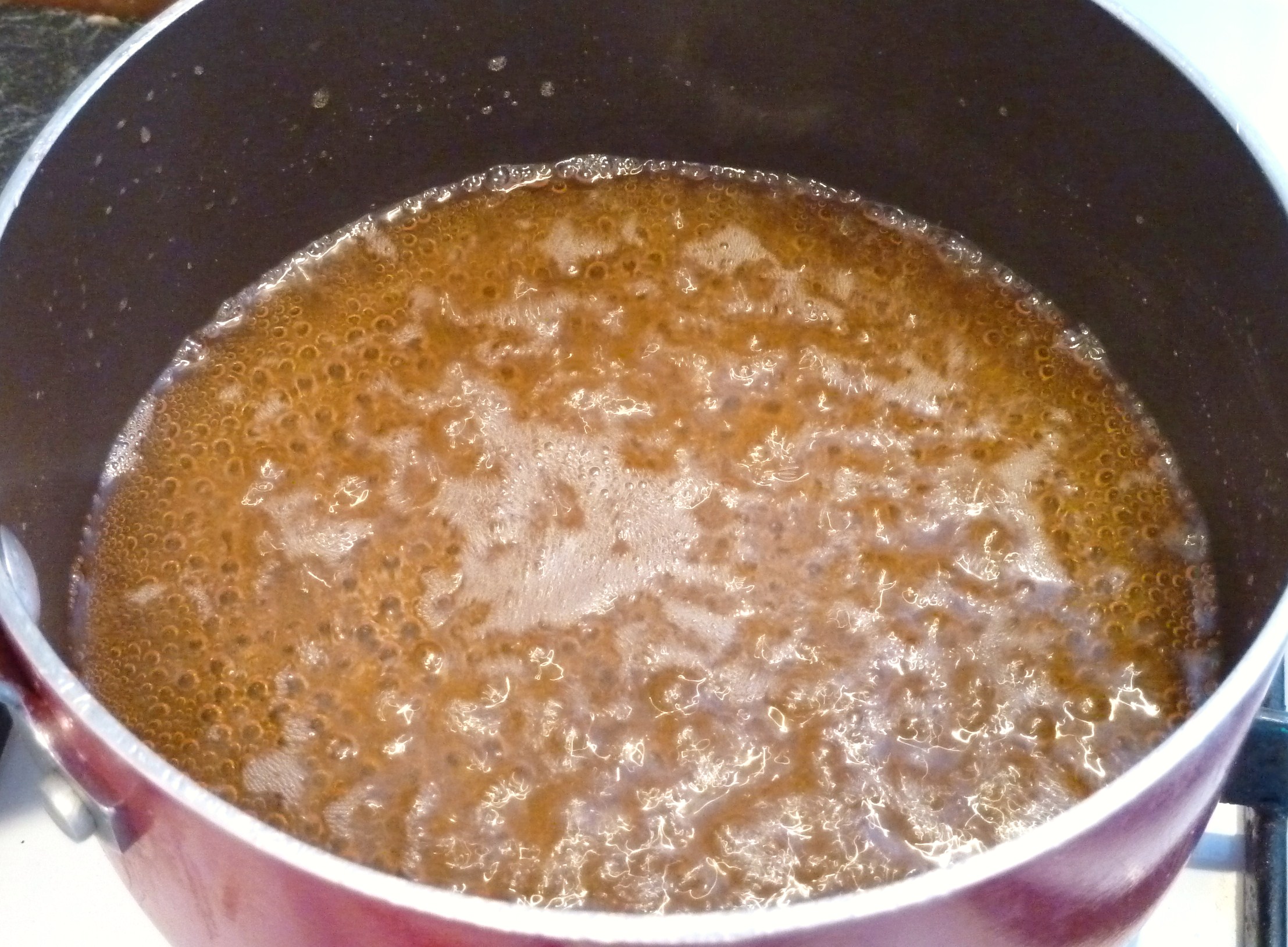 Immediately remove from the heat, then carefully add the 120ml double cream and Maldon salt, stirring until smooth. Transfer to a bowl, then leave to cool completely. 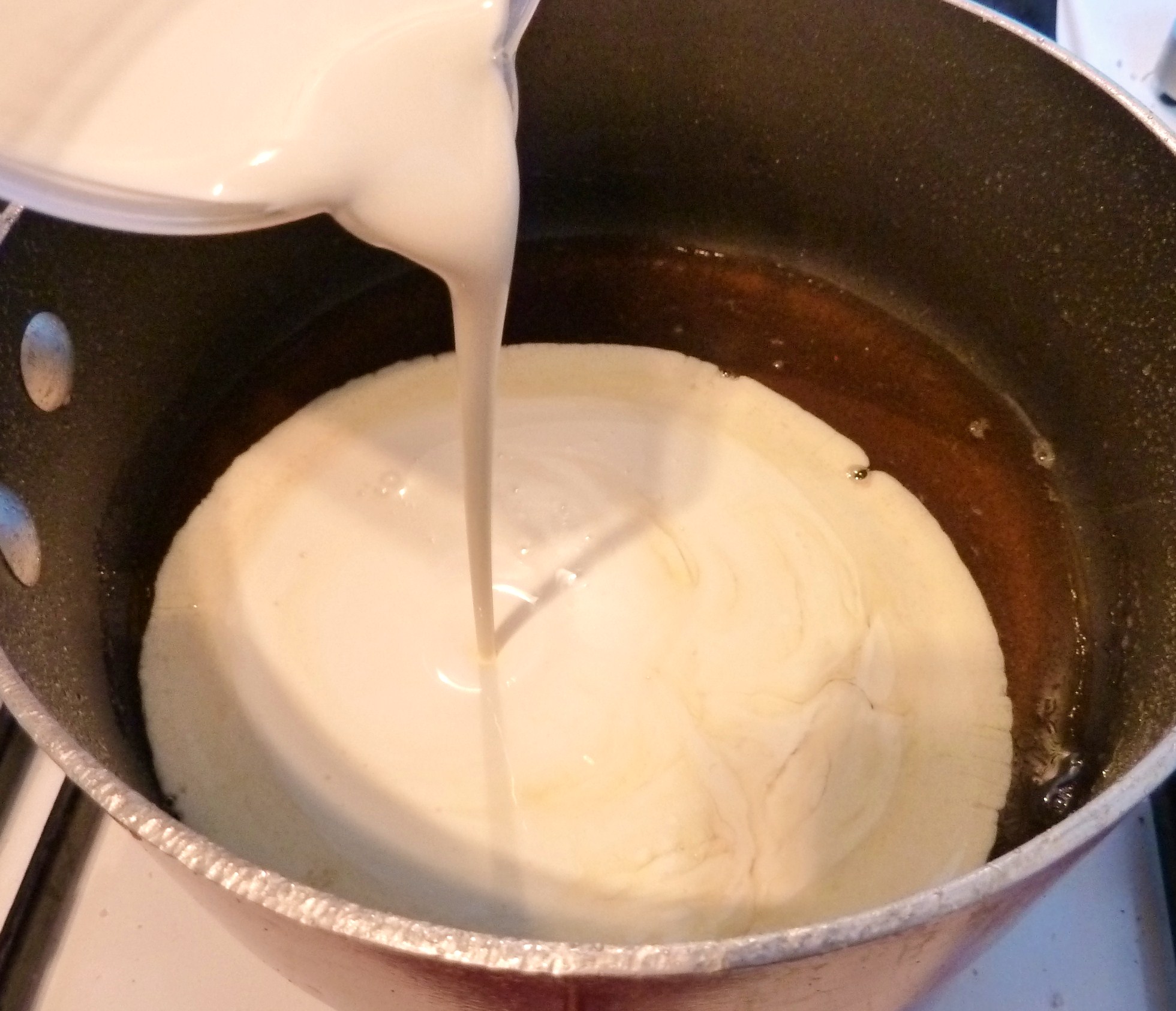 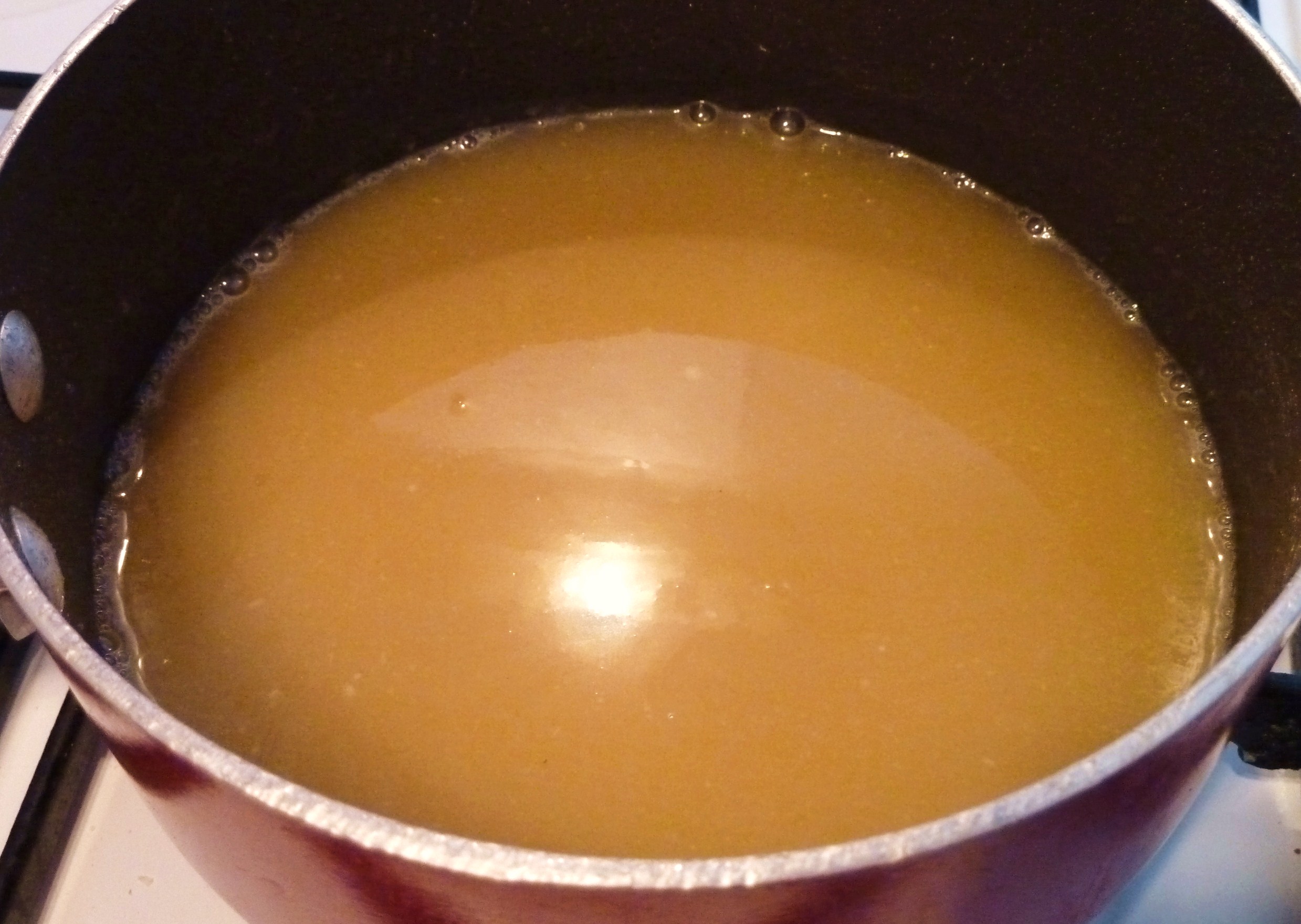 In a large mixing bowl, whisk together the 2 egg whites and the granulated sugar. When soft peaks form, place the bowl over a pan half-filled with simmering water (don’t let the water touch the bowl). 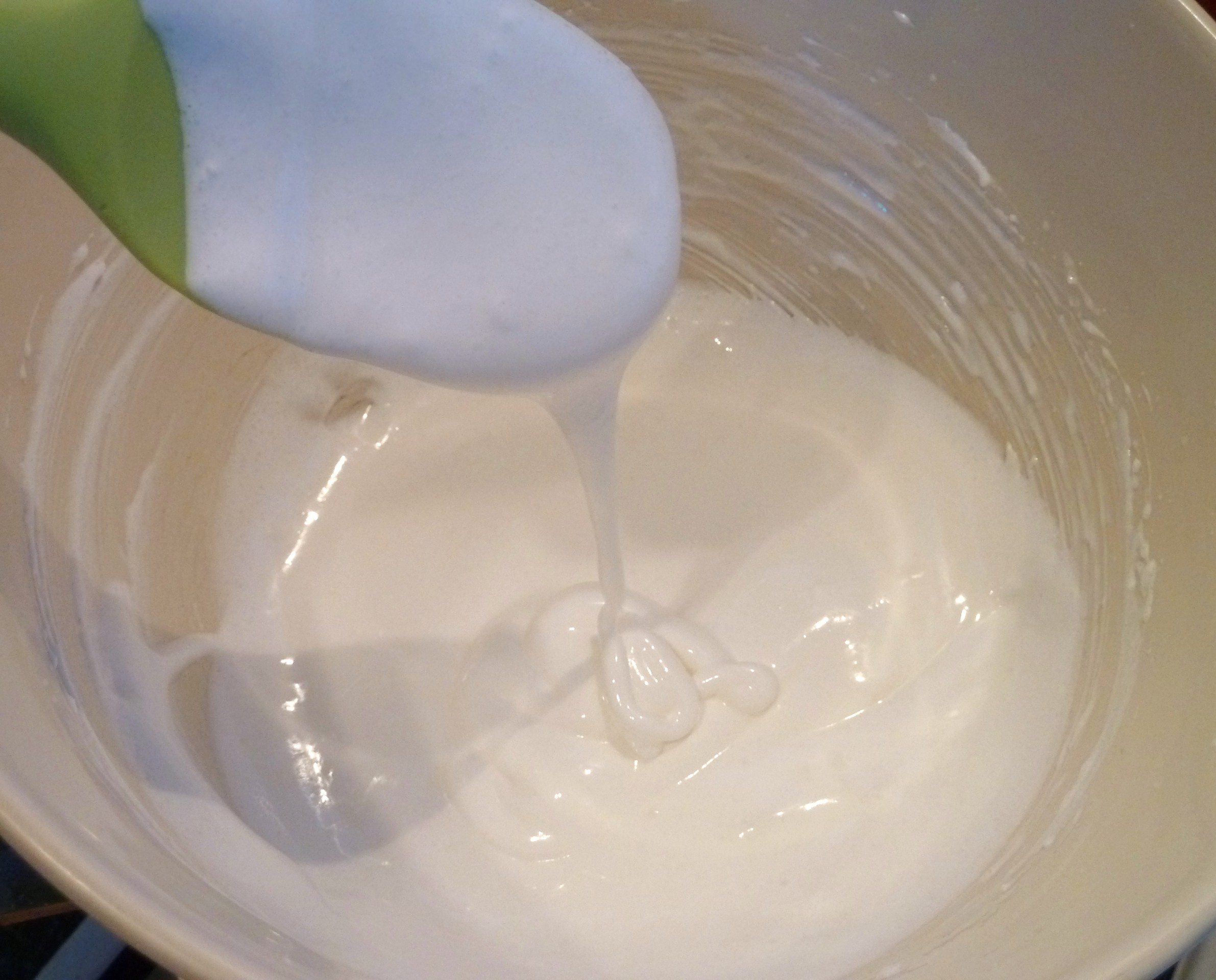 Stir until the sugar has dissolved and the mixture begins to resemble a runny marshmallow.

Remove from the heat, then whisk with an electric hand mixer until the base of the bowl feels cool. Add the butter, about 25g at a time, whisking continuously.

Add the cooled caramel to the butter and egg mixture, then whisk until just combined. Cover, then transfer to the fridge until needed. 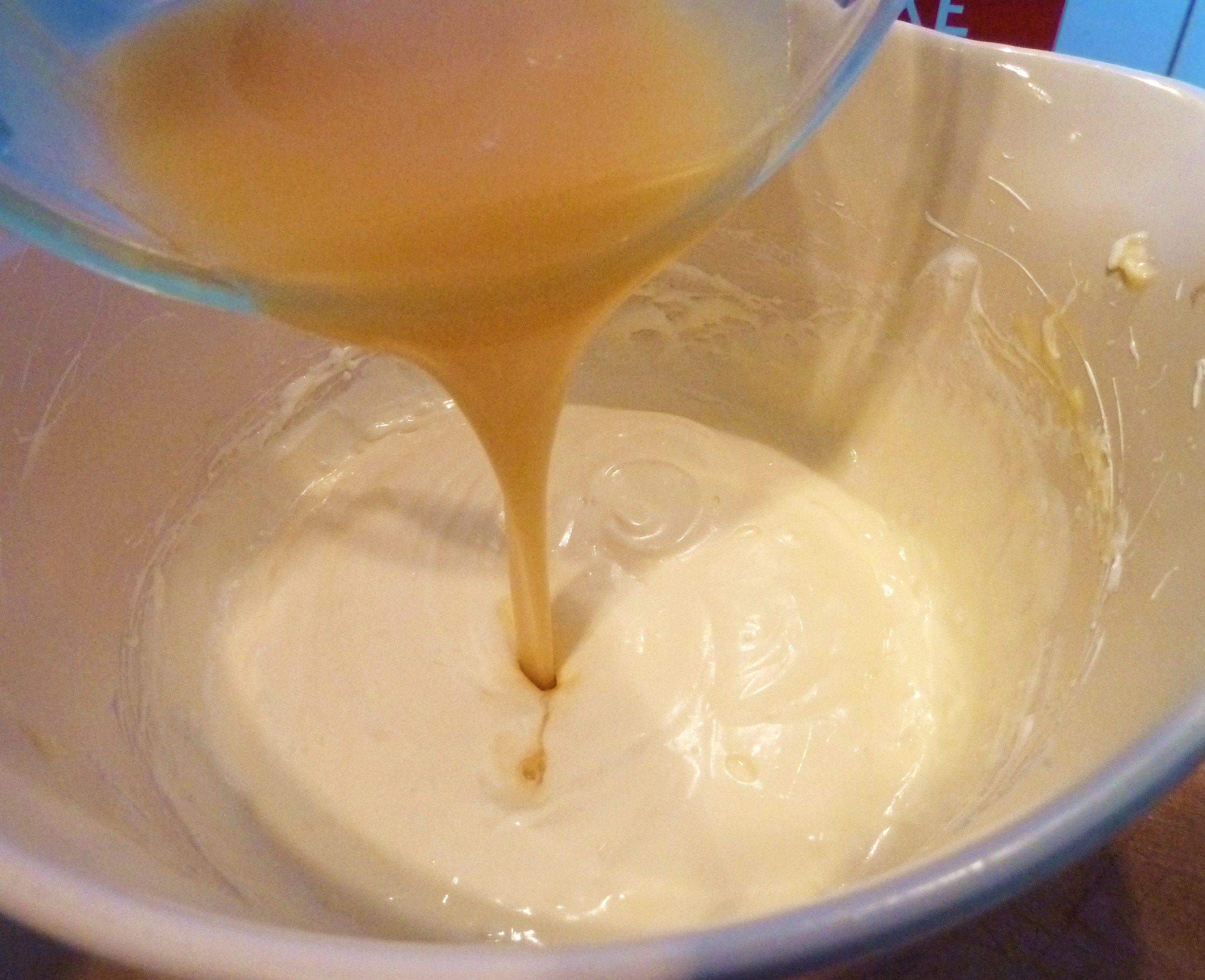 For the frosting, break the dark chocolate into a heatproof bowl. Heat the 200ml cream in a pan until it just begins to boil, then pour over the chocolate.

Stir with a wooden spoon until the chocolate has melted and the ganache is thick enough to spread. Allow to cool completely.

To assemble the cake, peel the baking paper from the sponge and place, smooth side down, on a fresh piece of baking paper dusted with icing sugar. Spread the buttercream over the sponge, leaving an inch clear at the end to allow for the buttercream to spread when you are rolling it.  (My buttercream was still quite runny when I took it out of the fridge so I whisked it a bit more until it was stiffer) 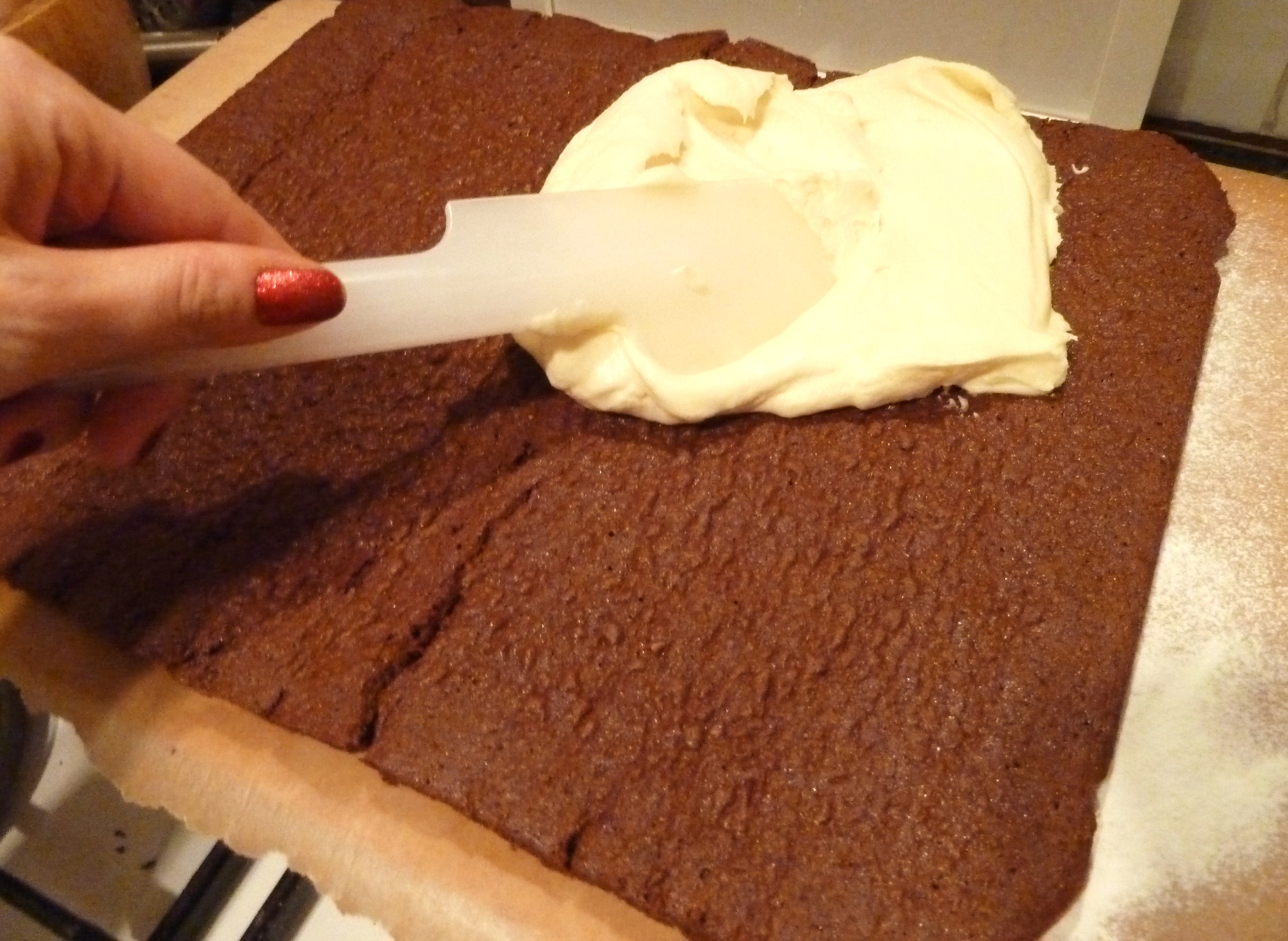 Then gently roll as in step 3. 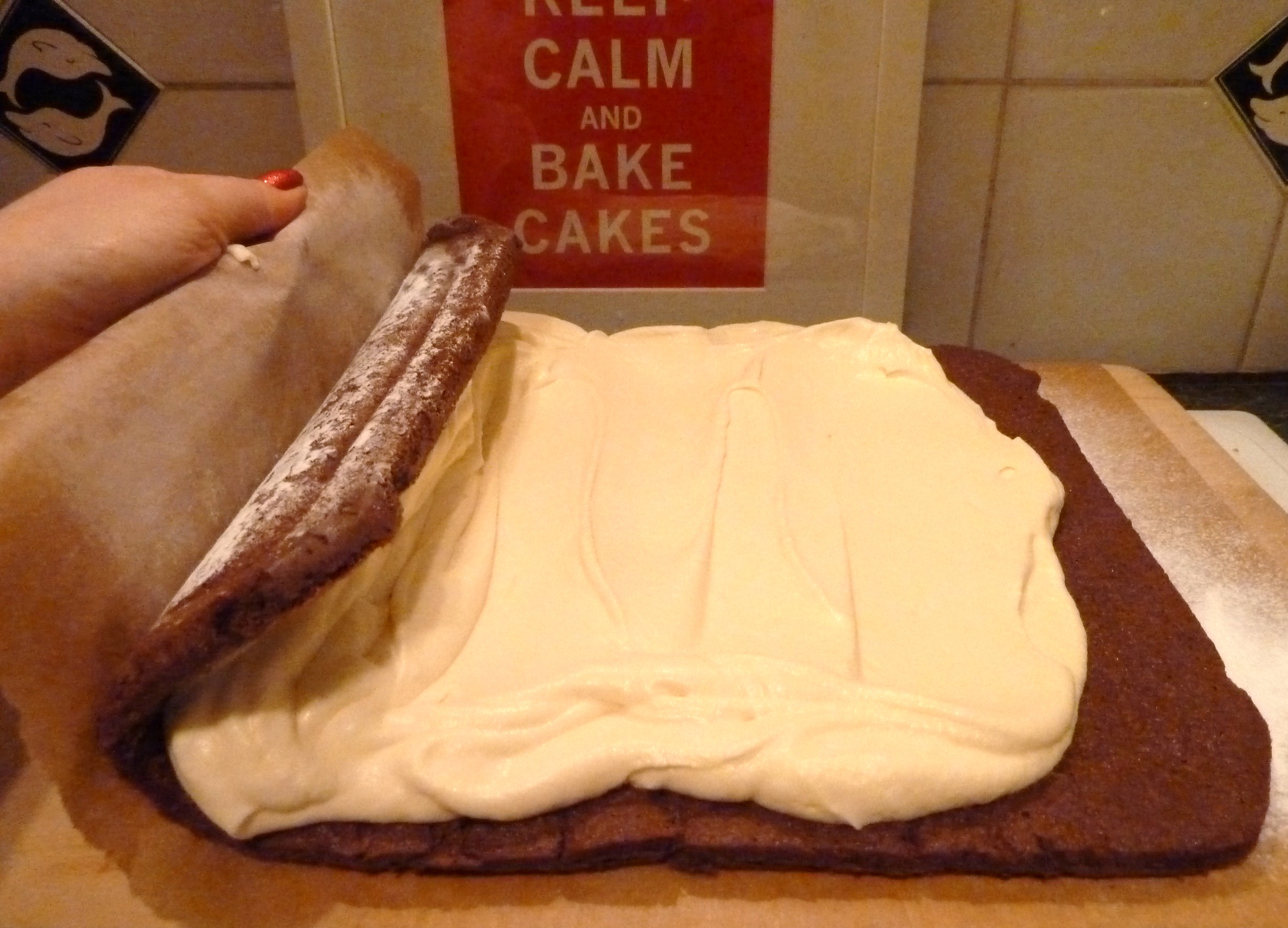 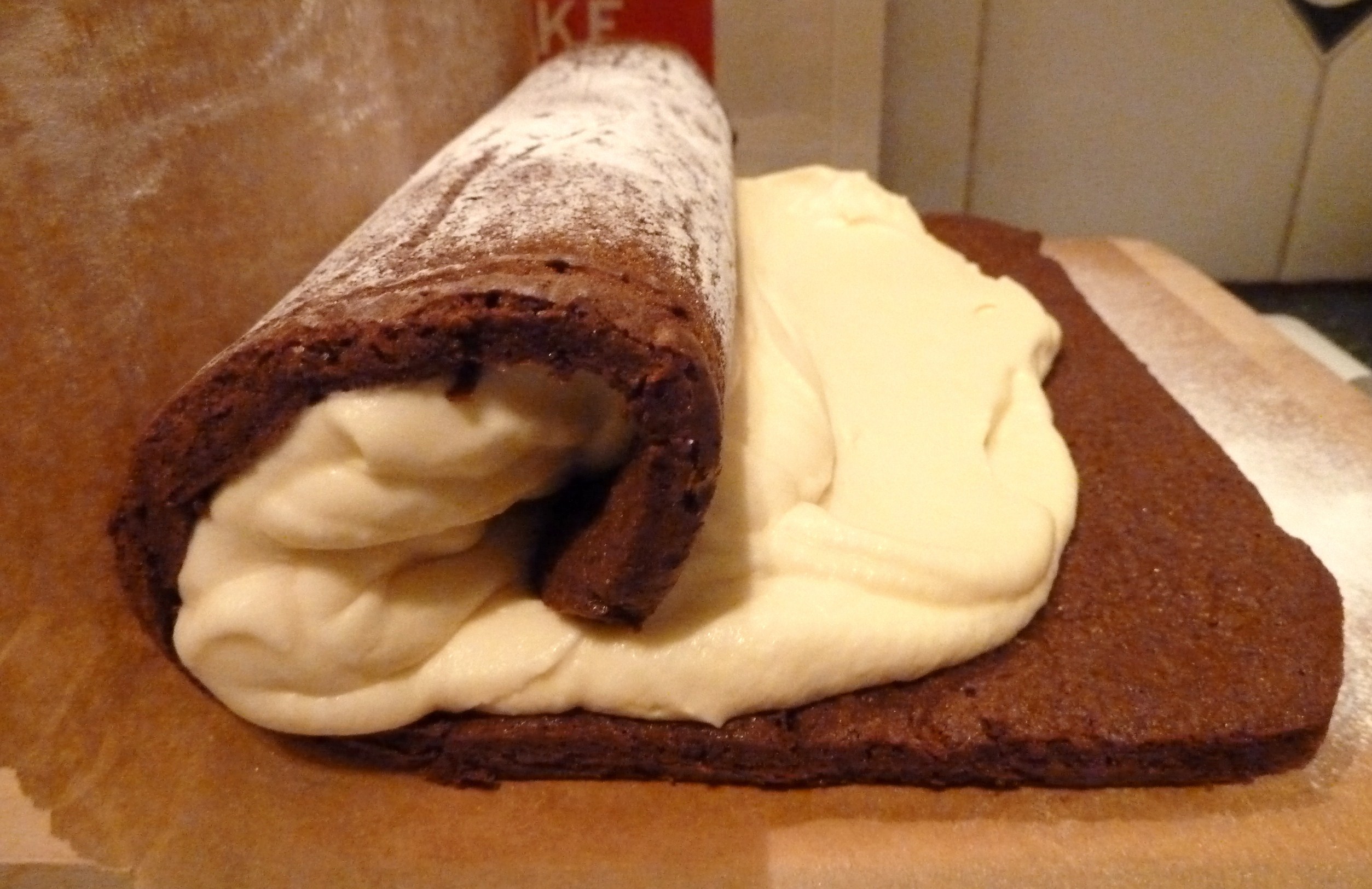 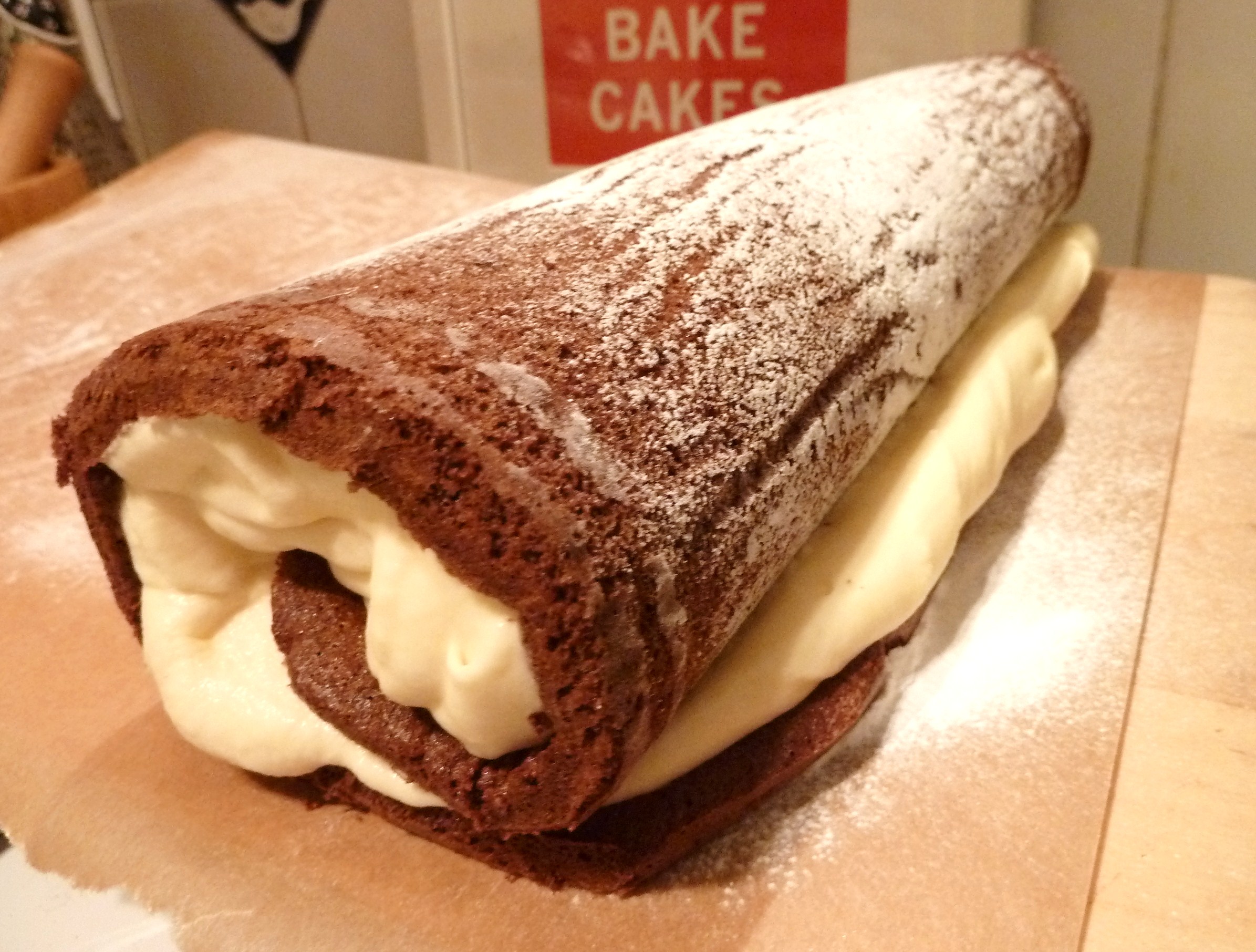 Place on a serving plate, then chill in the fridge for 15 minutes.

Spread the ganache over the cake, leaving the ends bare, using a palette knife to create a textured finish. Then scatter with the hazelnuts. 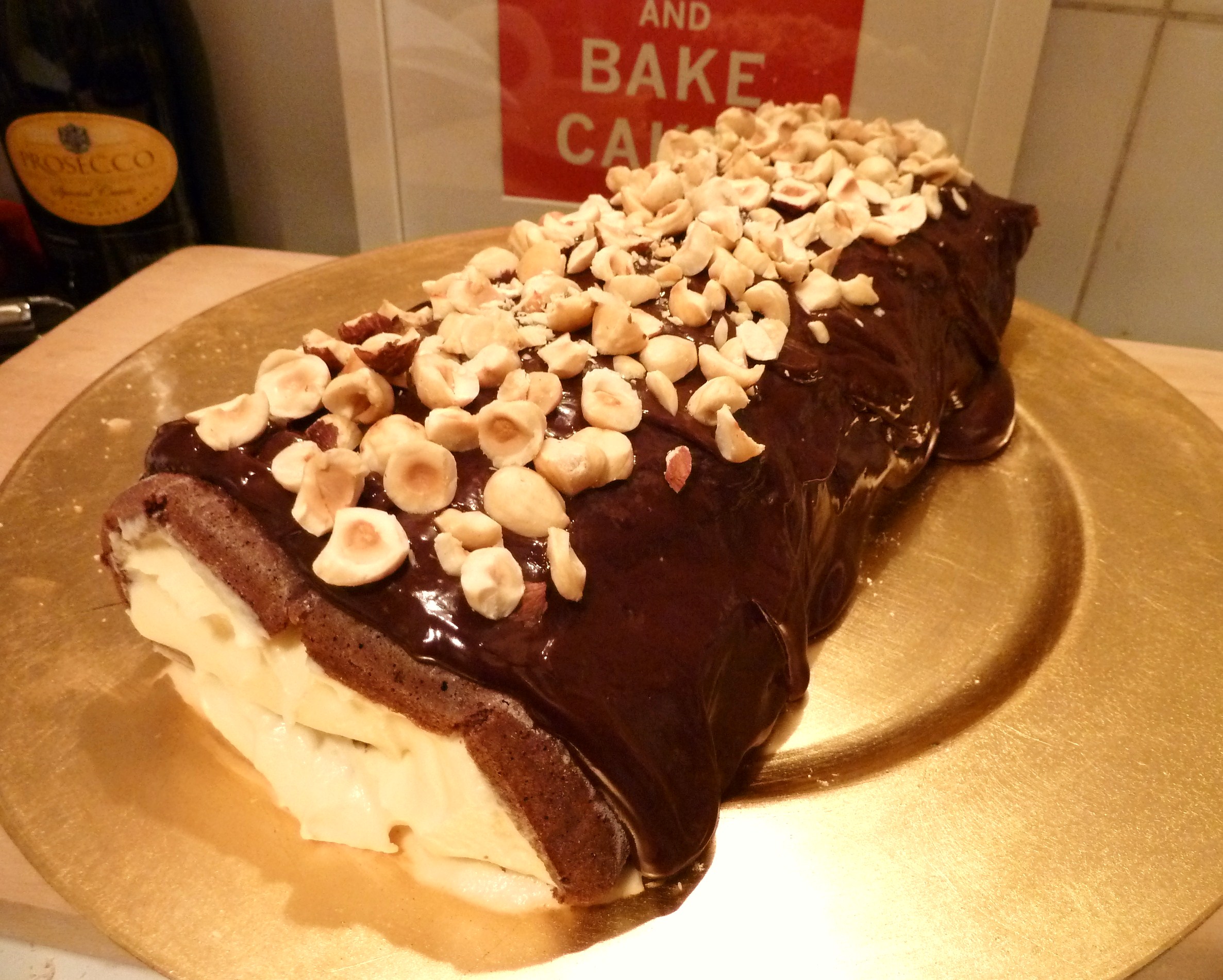 I then dusted with icing sugar to give it a slightly more Christmassy look. 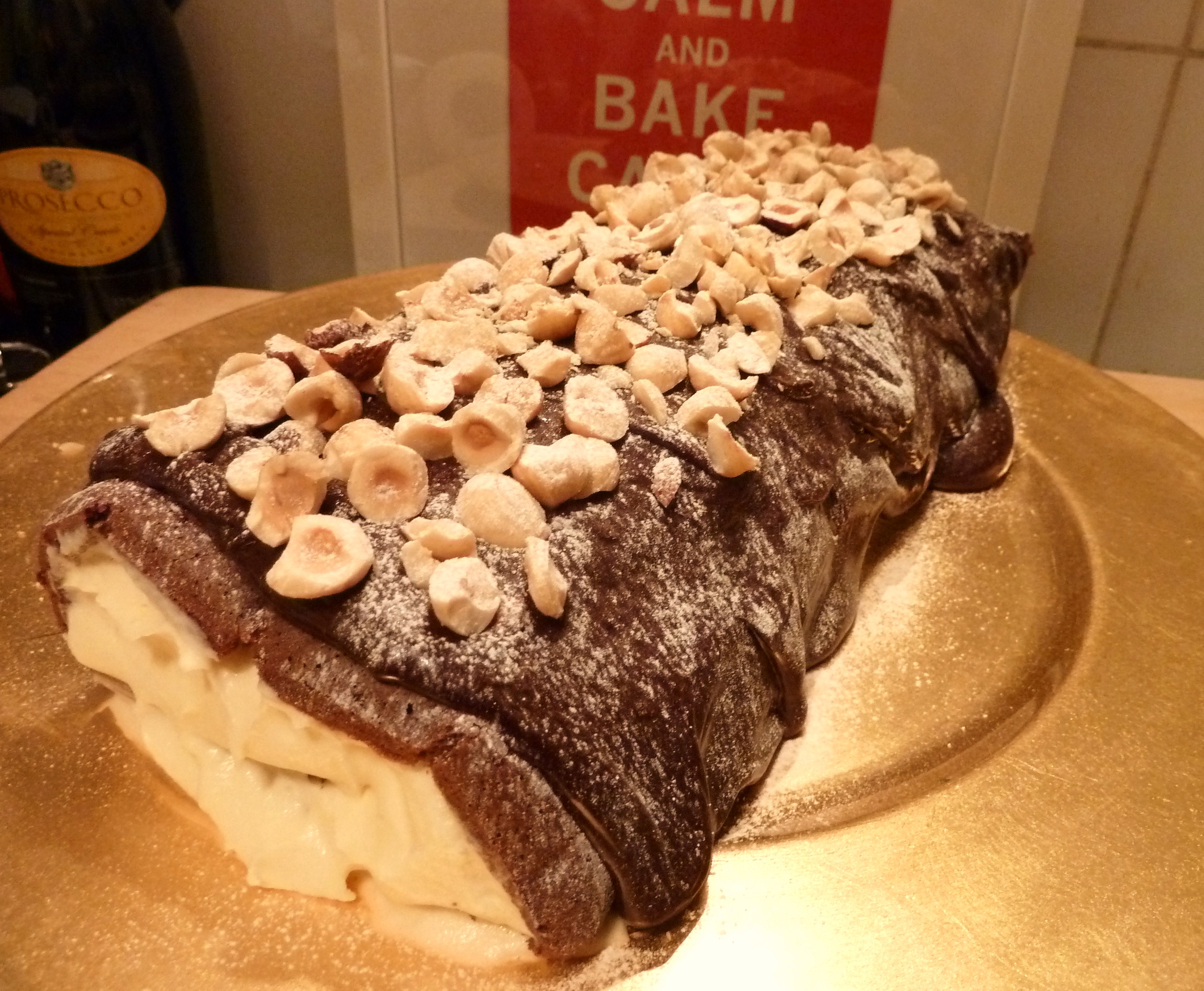 This Yule log went down a storm with my friends. Even those who claim not to like desserts loved it. It is pure indulgence but that is what Christmas is all about.  Thank you to Delicious Magazine and to Gemma Gannon for bringing it into my life!