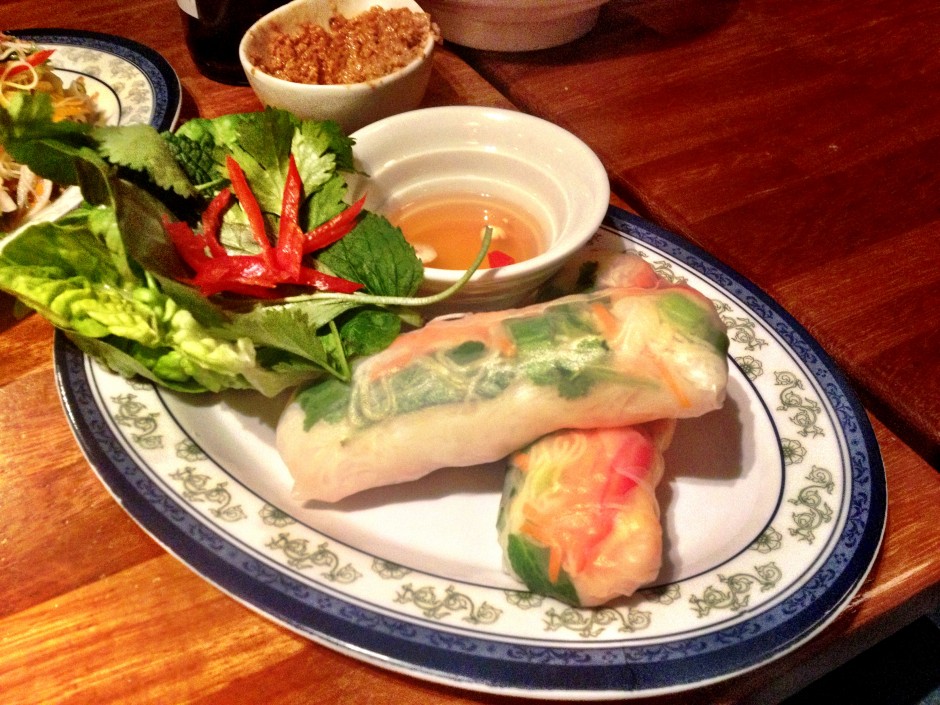 I took some time off work recently to spend a bit of time at home with my family and pretty much stalk my 7 month old nephew.  While I was there, my brother’s girlfriend texted me asking if I fancied Vietnamese for dinner.  Vietnamese?  In Glasgow??  Hell yeah!  It’s about time someone finally brought Vietnamese food to Glasgow.

The Hanoi Bike Shop is Glasgow’s first ever Vietnamese canteen, situated in what used to be Stravaigin 2, just off Byres Road.  It’s actually run by same owners as Stravaigin 2, along with The Ubiquitous Chip and Stravaigin and only opened a couple of months ago. 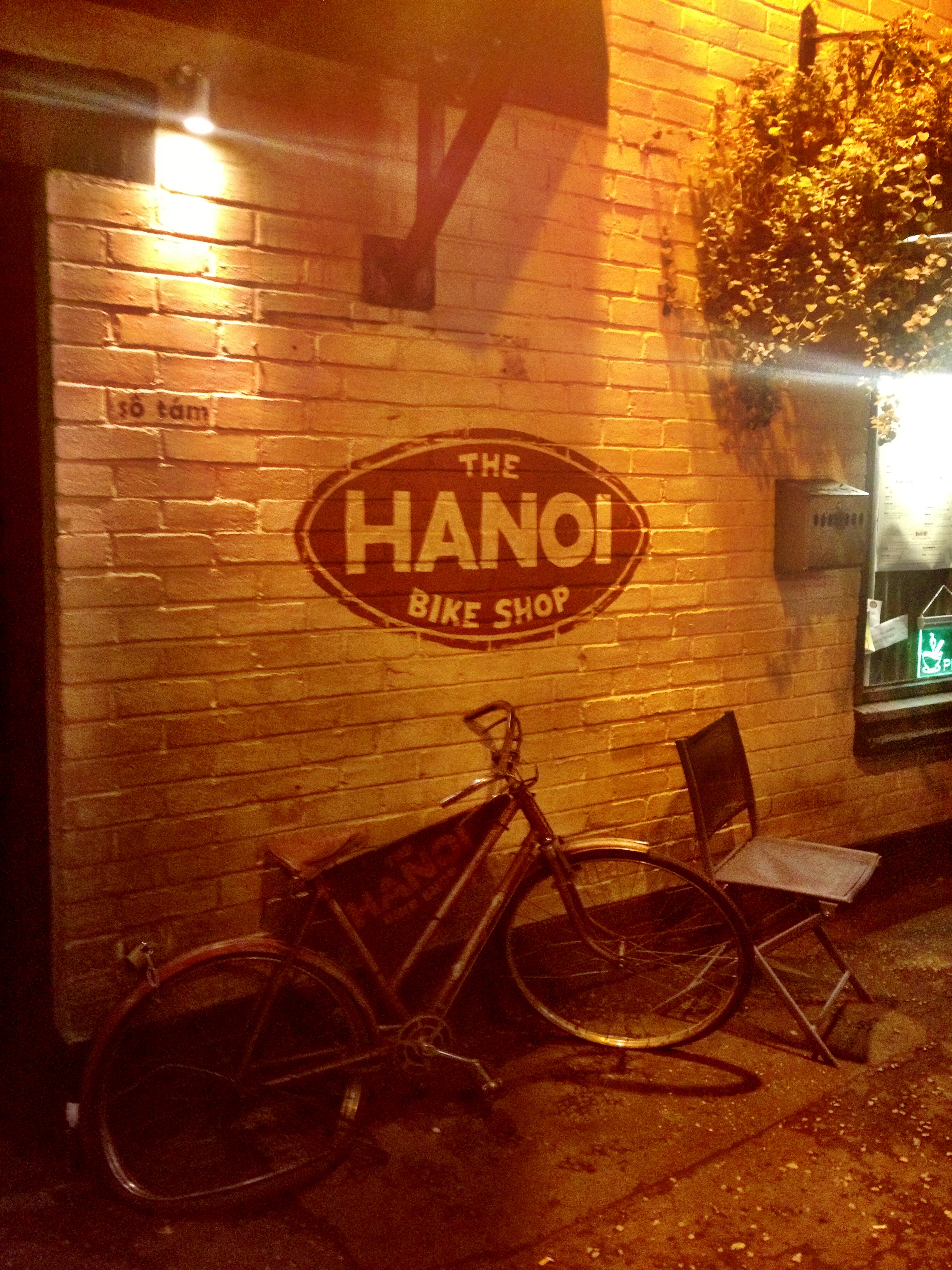 By the time I got there, my brother, his girlfriend and our friend Barry already had beers on the go… 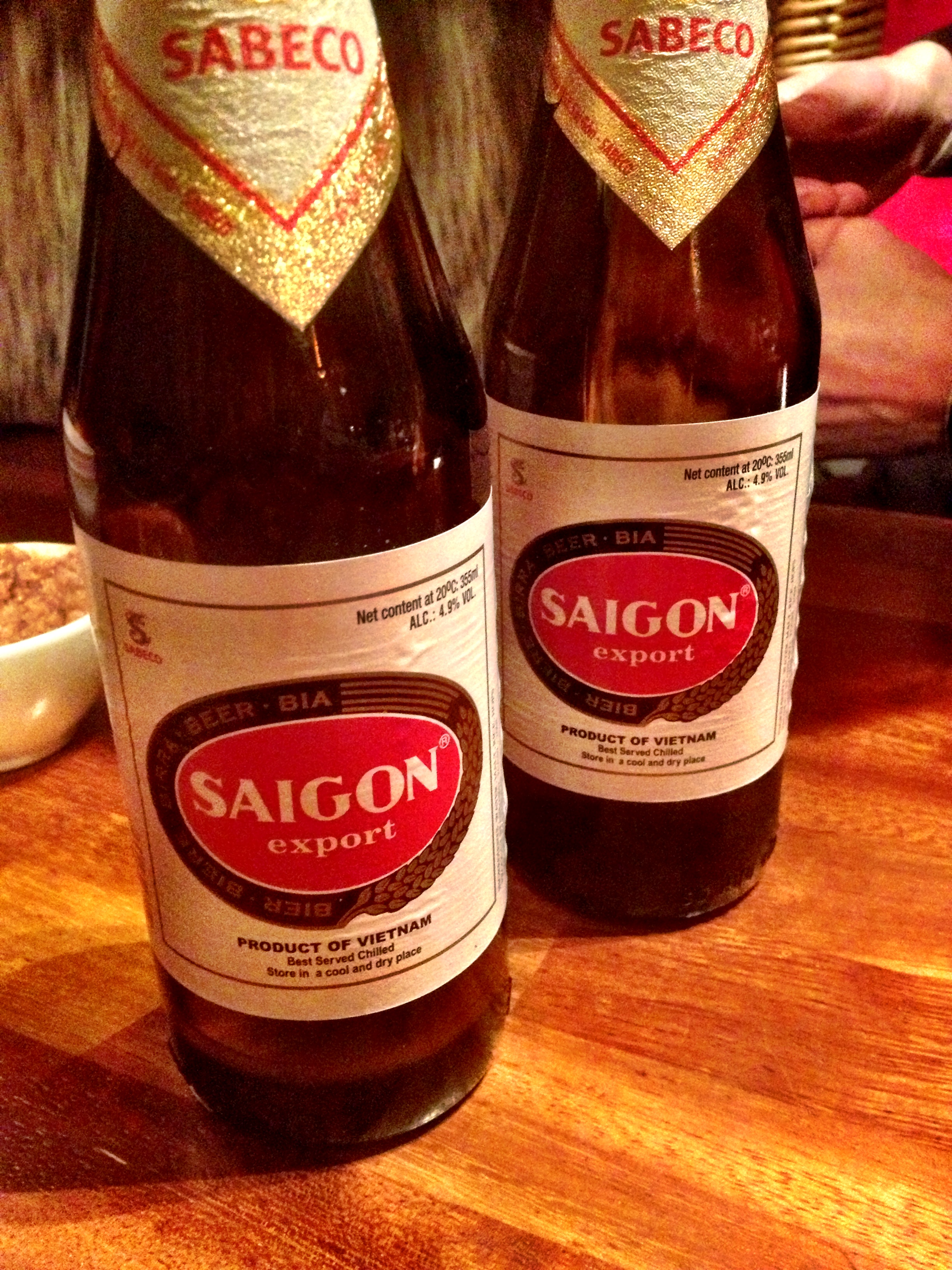 We decided to get a couple of starts to share.  The Nem Cuon Tom Trung (Rice paper summer roll – with prawn, omelette, mint, coriander and noodles) which were packed full and incredibly fresh and light.  This is what I love about Vietnamese food…it tastes so fresh and healthy. 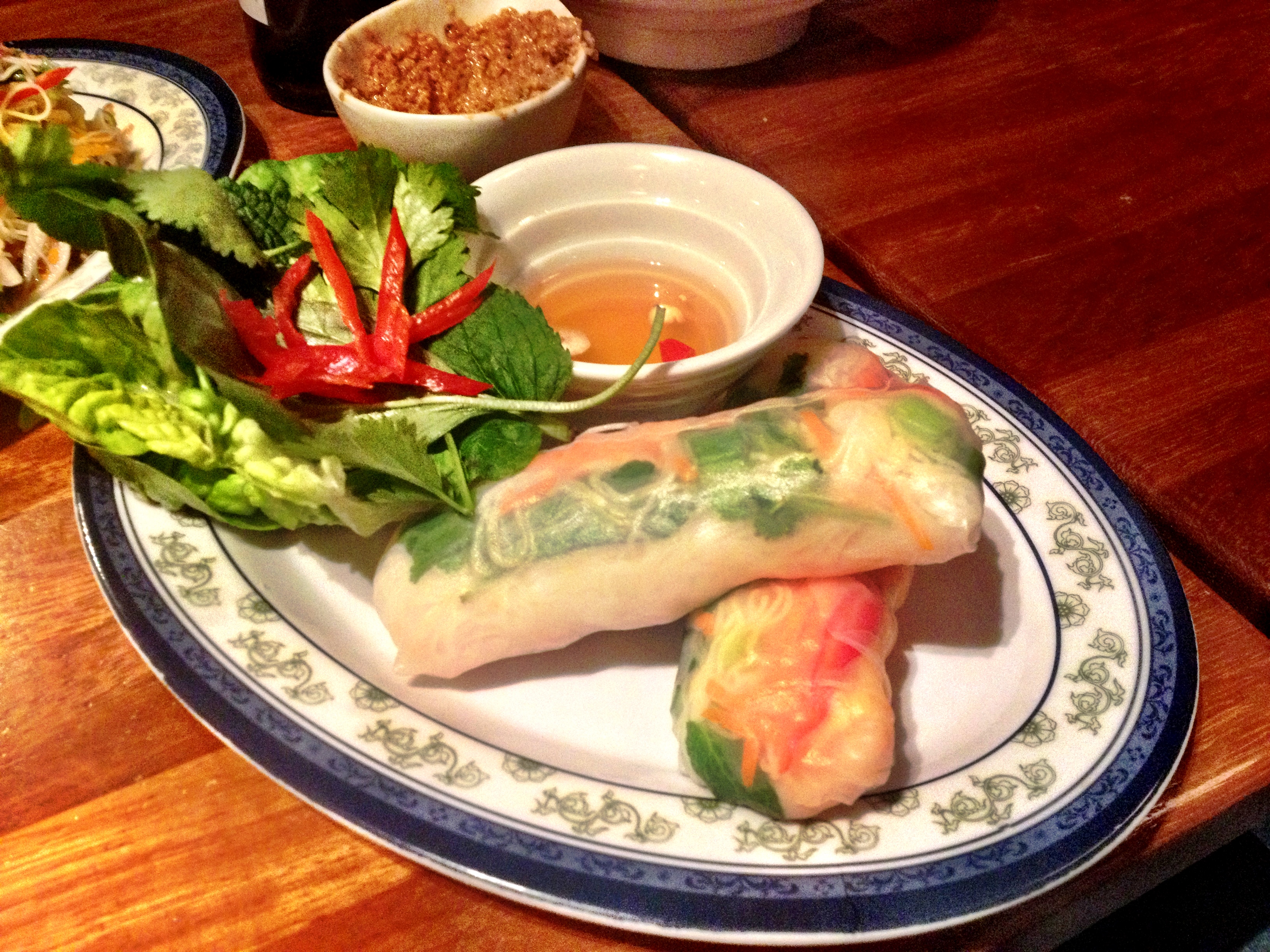 And the Goi Bo Su Han (Rare beef and kohlrabi salad with rice noodles and chilli lime dressing) which was really good.  Again, it was very refreshing and the meat was beautifully tender, although I had a bit of a job on my hands picking out the coriander. And yes, I do know that coriander features heavily in Vietnamese cuisine.  I just happen to think its evil! 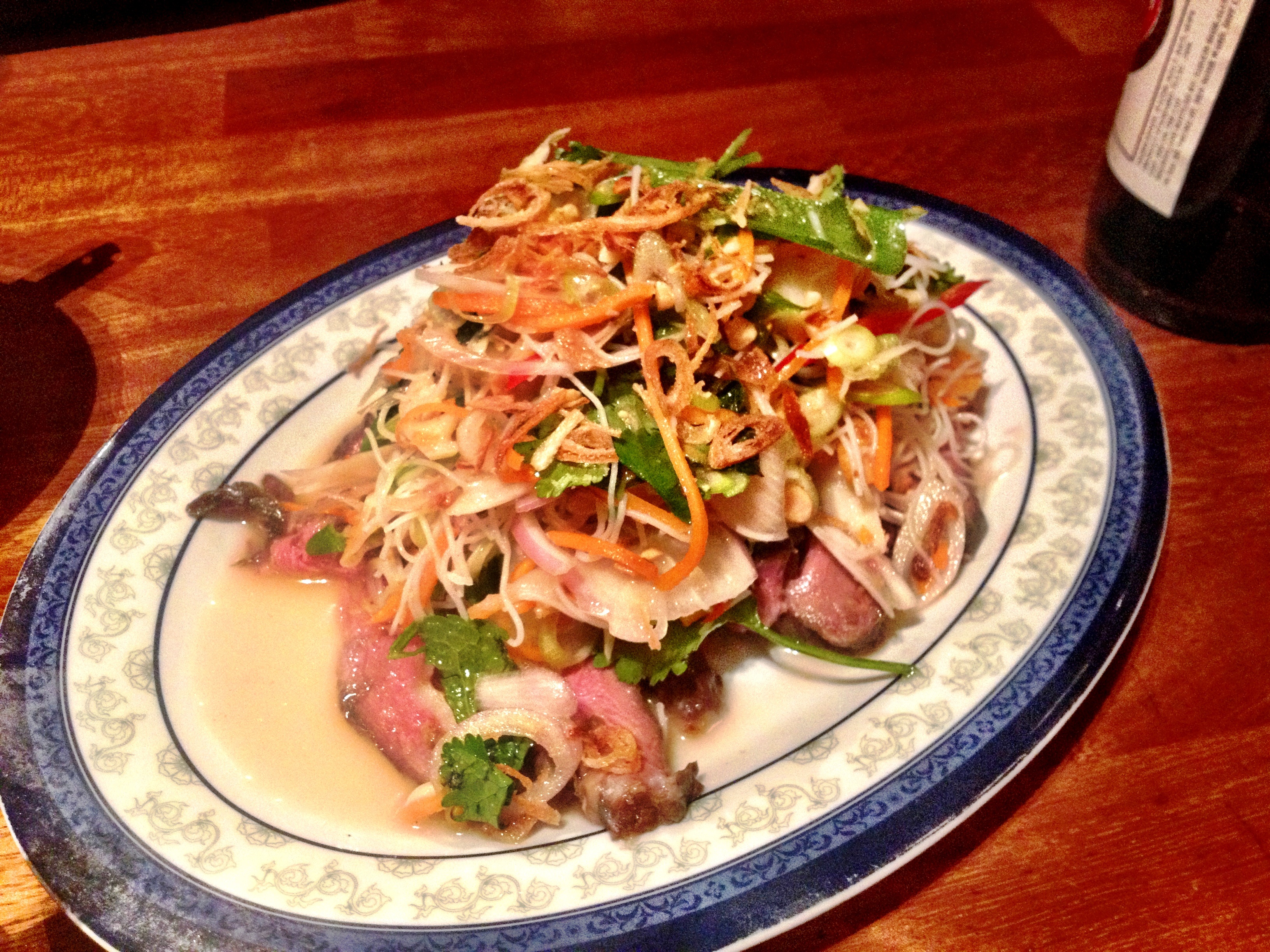 For my main I opted for Cari (coconut curry served with aubergine and Bike Shop tofu) with jasmine rice.  I loved this.  It was full of flavour, really creamy and full of aubergine and their homemade tofu. 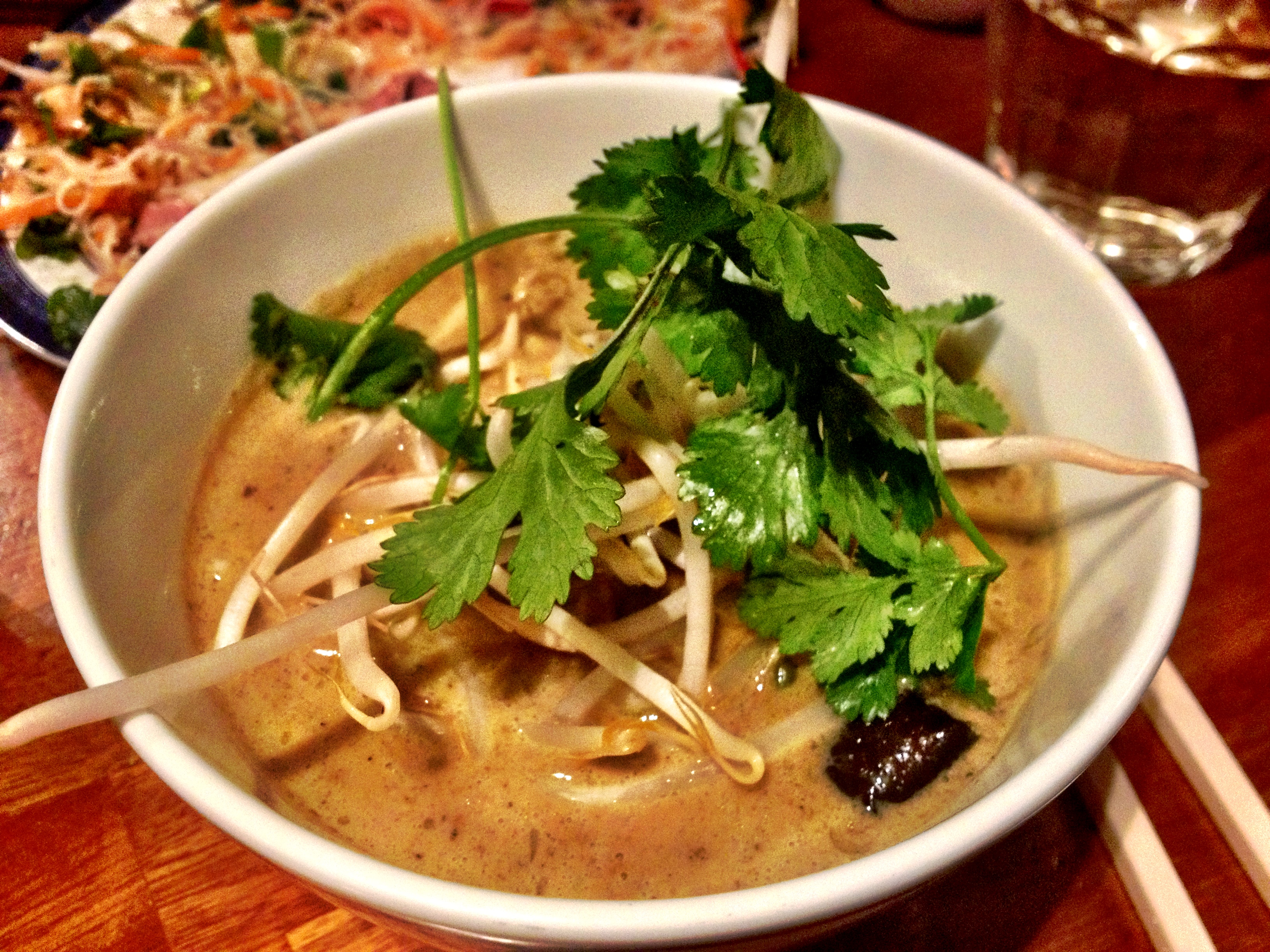 Chris and Meryl went for Hu Tieu Hai San (seafood pho – king prawns and squid in chicken pho broth), although Meryl had hers in a vegetarian broth.  Chris really liked his although he would have preferred a tad more spice.  Meryl found hers wasn’t very flavourful however.  She still enjoyed it but I don’t think she’d order it again.  She has had the coconut curry that I had in the past and she said she preferred that. 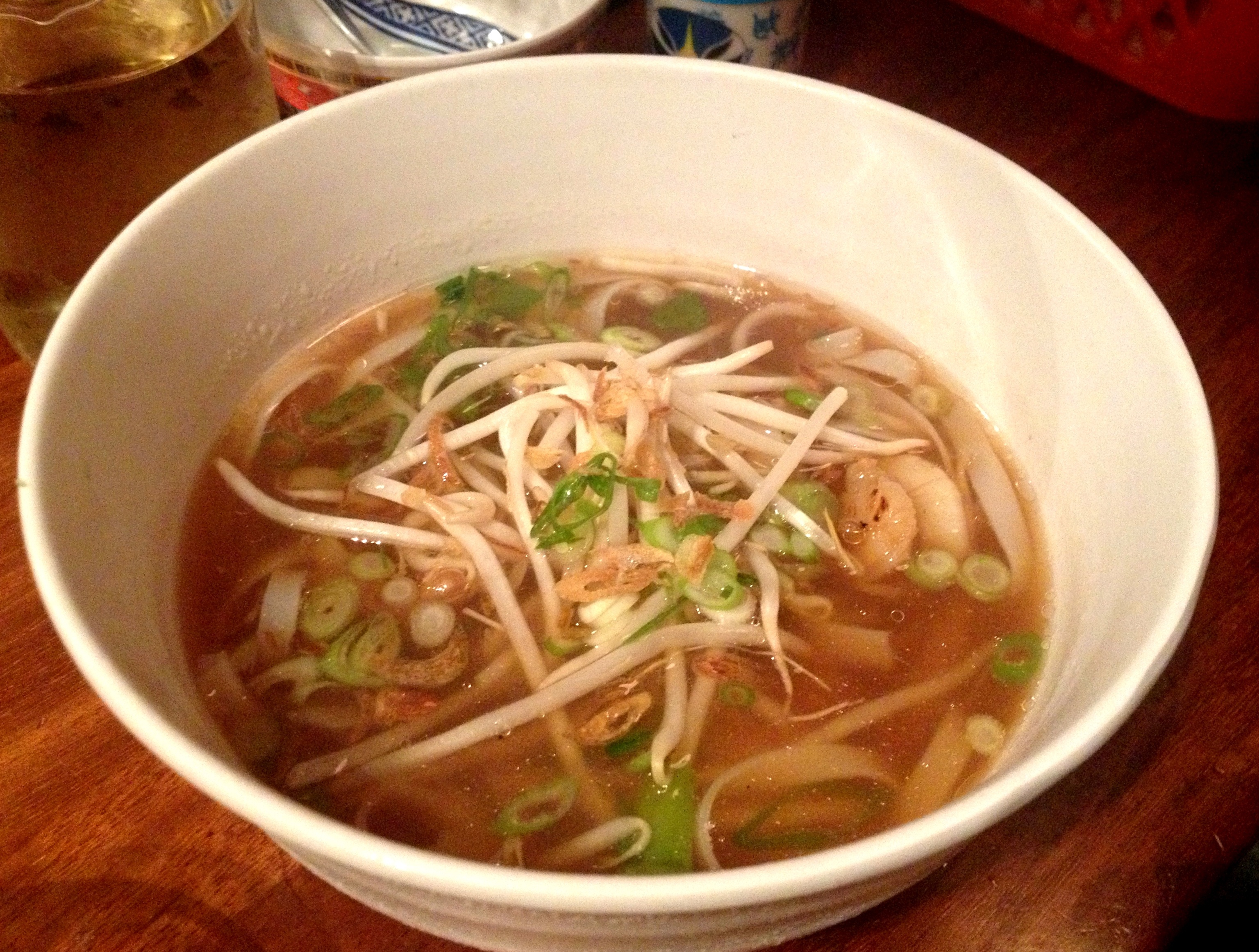 And Barry ordered the Bun Bo Hue (Royal spicy beef and pork pho) which he thought missed the mark a little.  He felt it was a little bland, there wasn’t a massive amount of flavour to it, or spice.  A bit lacklustre all round. 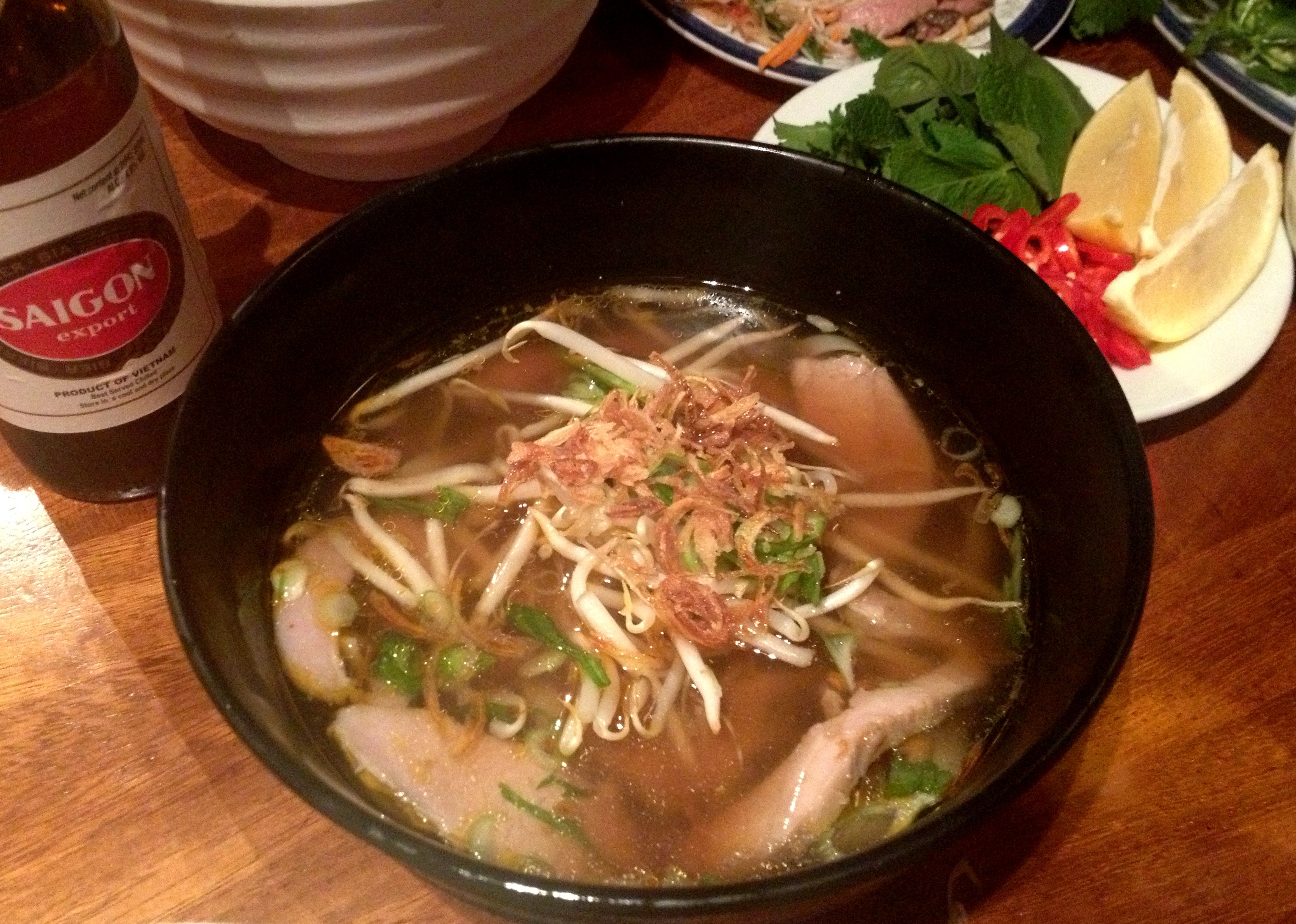 I wasn’t going to go for a pudding but then the waitress mentioned a warm coconut frangipane tart served with ice cream and a generous dollop of caramel…I was sold. 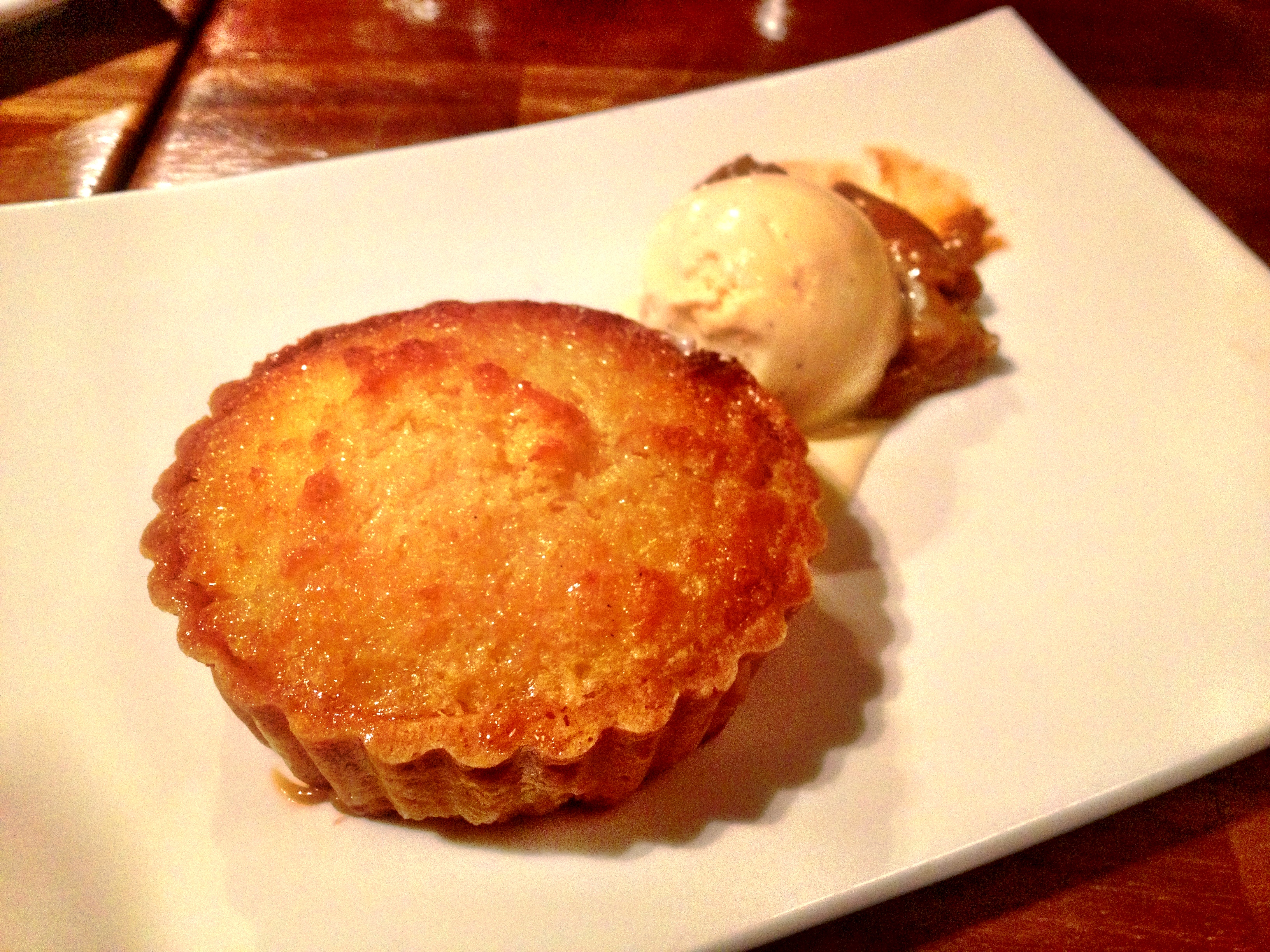 This was a fantastic pudding, and huge!  It would be too big for me to have on my own after a curry, but it was perfect for the four of us to pick at.  Warm, soft, light, sweet…it was heavenly. 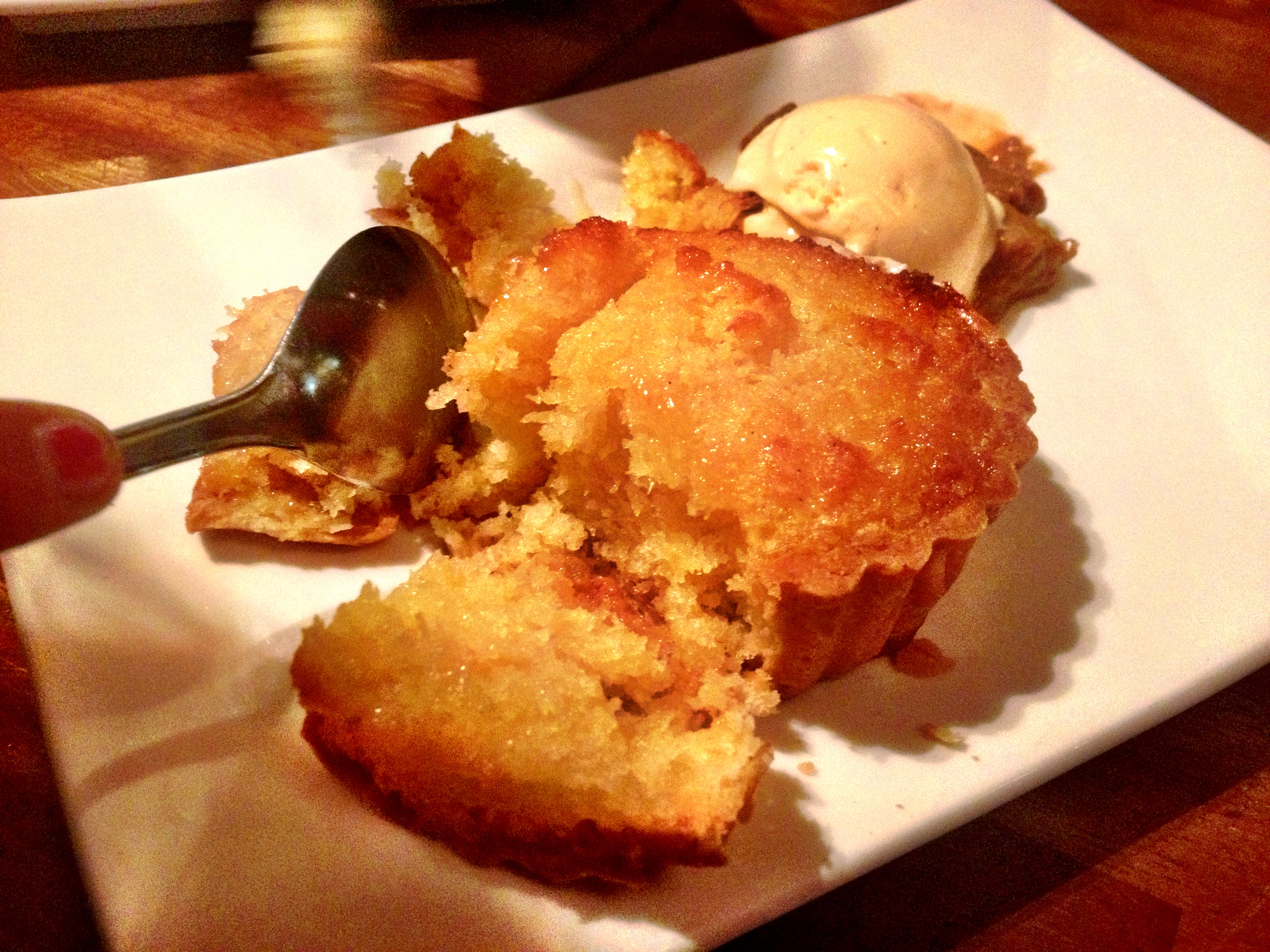 Even better, we ordered Vietnamese coffee to accompany it.  A French drip filtered coffee, drip by drip, into a glass containing condensed milk. Condensed milk!! 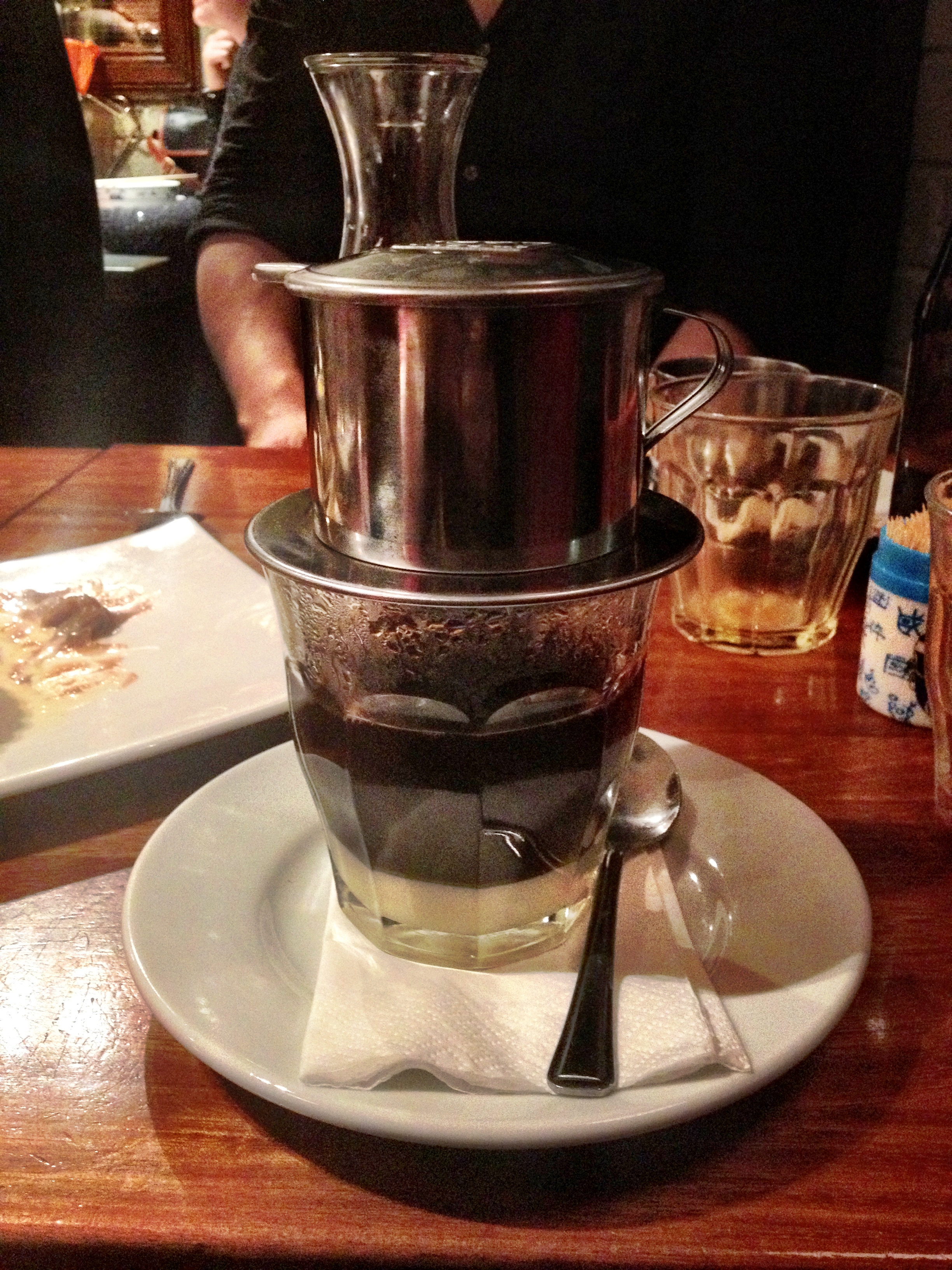 Once stirred, its like a liquid dessert. Amazing. I loved this.  Probably one of the best coffees I’ve ever had. 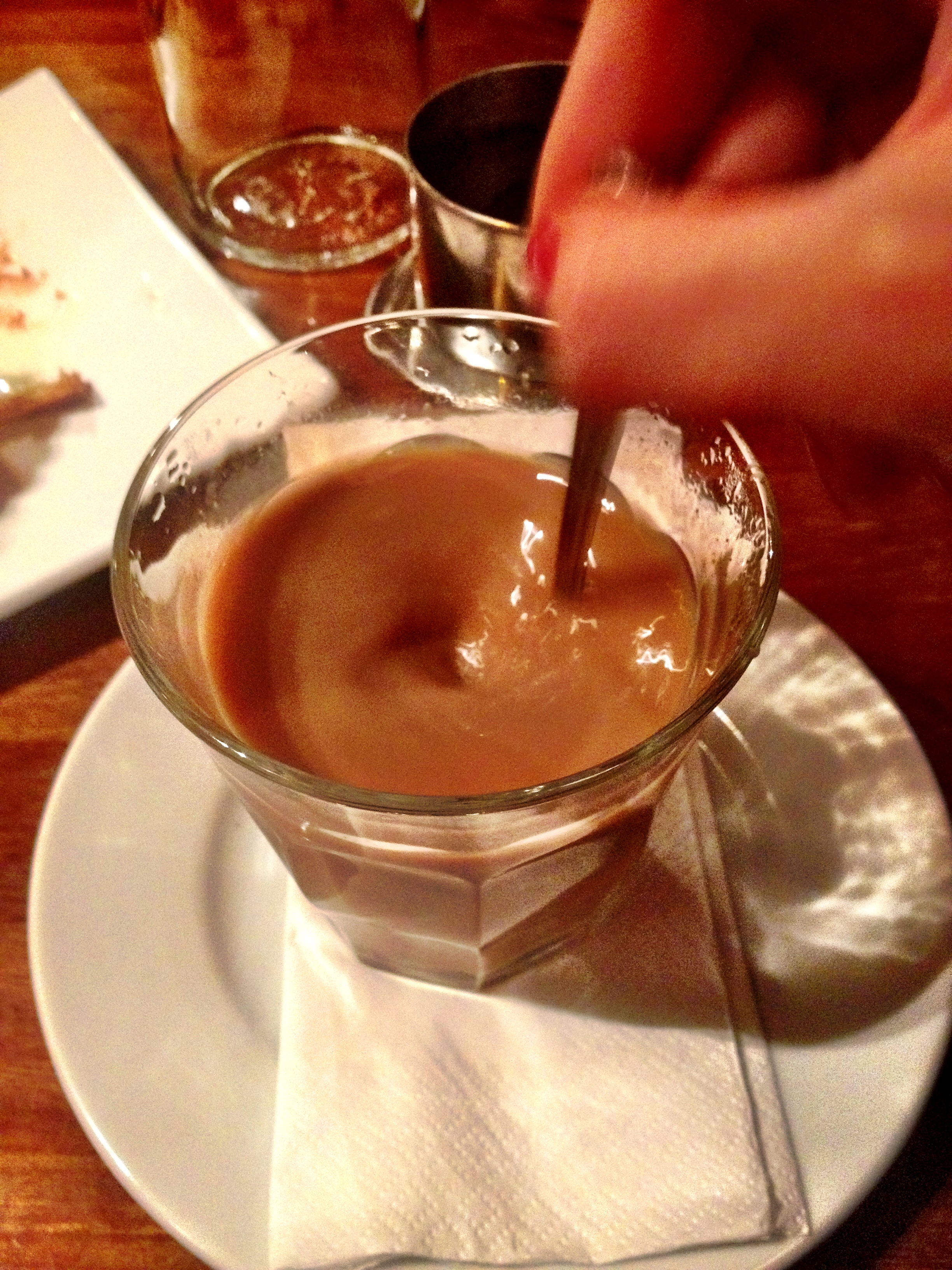 Hanoi Bike Shop has a really nice vibe to it.  The waitress who served our table was really friendly, attentive and helpful.  She did explain to us that most of the dishes aren’t overly spicy and that’s what the condiments on the table were for (including Sriracha).  I don’t think its necessarily the best place to go if you crave super spicy food, unless you’re happy to add the spice to it yourself.  However, it was great for me as I don’t like spicy food.

To be honest, as much as I loved my main course, and I would go back again for it, I think I would go there for coffee and cake on a regular basis if I lived in Glasgow.  The pudding and coffee were definitely the highlights for everyone.

If you’re in Glasgow, or going there anytime soon, I would recommend you try it out. It had a great atmosphere, lovely staff, some really good dishes, fantastic coffee and it was very reasonably priced.

GOING VEGETARIAN AT THE GATE, ISLINGTON