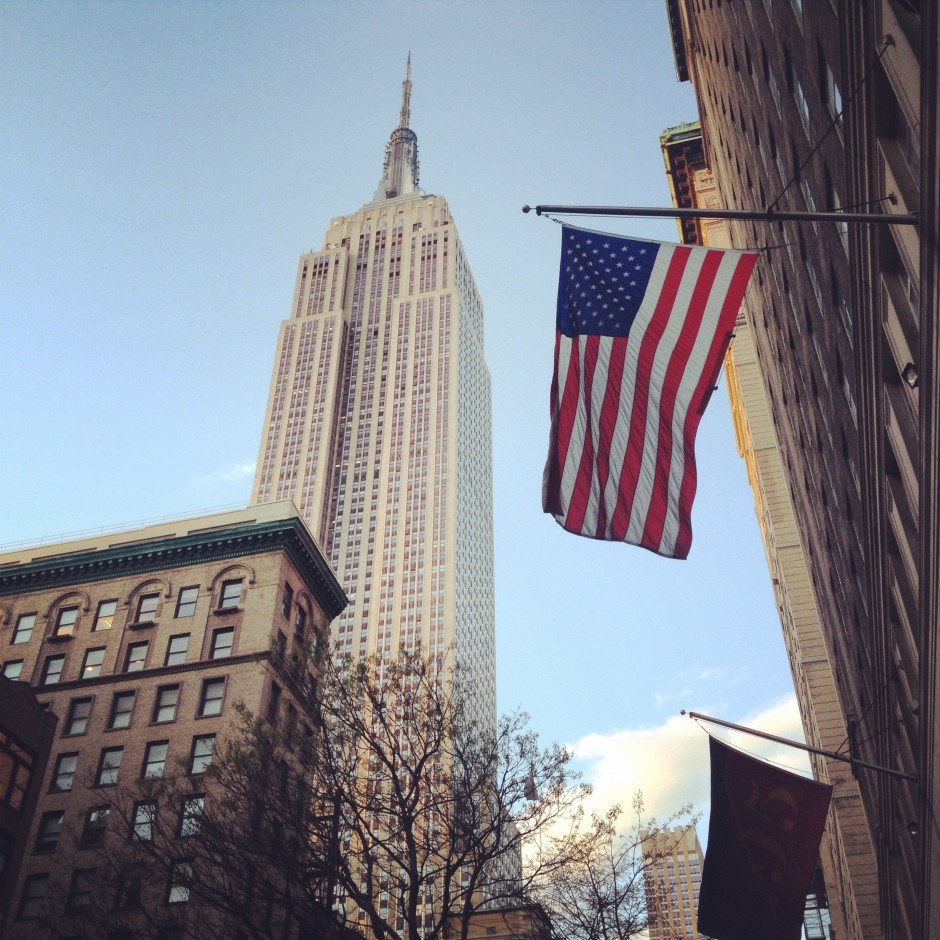 I had the most amazing time in New York last year and ate some of the most incredible food. I visited most of the restaurants, delis and bakeries that were on my list but there are still so many more places I want to visit that I’m already planning my next trip there. If only I could get a 1 year eating visa!

I ate either eggs benedict or French toast every morning and I can safely say that the prize for best eggs benedict goes to Balthazar in Soho, closely followed by Peels in NoHo (now sadly closed). The best French toast was absolutely hands down The Smith in East Village, closely followed by Balthazar. I have never had such good French toast. It kind of spoils you for ever more though. I can’t afford to fly to New York every weekend to have it! I’m going to try to recreate it at home soon.

Whilst eating the most amazing cheesecake at the Clinton Street Bakery, I bought their cookbook which has a recipe for maple butter which I reckon I could pour over some vanilla-infused brioche with caramelised banana. How good would that be?

The French onion soup at Pastis had more cheese on top than soup! Amazing. I also had the scallops in a (very) garlicky sauce with crusty bread. Perfectly cooked and beautiful. I went to Katz’s Deli and although I’m not a great lover of pastrami normally, theirs was incredible! Warm and melt in the mouth delicious. I also had a hot dog, grilled cheese and latkes. I couldn’t decide what to have so I had a bit of everything!

When I went to Williamsburg I went to Five Leaves in Greenpoint which had been recommended to me countless times by my brother who loves it. And he was right…its wonderful. I had just had a big breakfast in Balthazar so I wasn’t actually that hungry when I got there but I knew I had to eat there just once or else my brother would never forgive me. He told me to order the mussels with saffron coconut sauce with truffle fries but I asked about it and the portion is huge apparently so I opted for a leek quiche with market greens which was delicious. I would definitely go back there the next time I’m in New York. And I would order the mussels next time as they looked amazing.

My friend and I got caught in a thunder storm one afternoon when we were midtown so we ducked into Carnegie’s Deli for some chicken noodle soup to warm ourselves up a bit.

It was lovely and definitely did the trick although the staff weren’t exactly pleased to see us. They were really quite rude which I thought was odd since it’s such a touristy place. Our waitress was nice enough but the first two waiters we encountered were really rude. Especially when we asked (very nicely) if we could move out of the direction of the freezing air conditioning which was pumping out. Considering we were soaking wet and freezing, it was the last thing we wanted. But instead of apologising and moving us, they barked at us that it really wasn’t cold (they of course were not wet) and that we were rude to complain! So we moved ourselves. If I wasn’t so desperate for soup, I would have left but the rain was so heavy outside you could hardly see across the street, so we stayed put. And it really was nice. I got a large latke too which was lovely. Much nicer than Katz’s latkes actually. Seasoned better and much more tasty.

I also discovered Dean & Deluca while I was out there. Wow, what a treat! It was almost too much to take in. My heart was beating so fast I was so excited! There was everything you could possible want from a gourmet grocery but you do have to pay for it. It’s not cheap. I wish they would open one in London but we have only just got Whole Foods so I think it would be a while. Overall, I had a wonderful time and I ate very well. Too well, as I put on few pounds while I was there but I’m sure they will come off now I’m not eating eggs benedict and french toast every day! I adore New York and I’m planning on going back again soon to try out some new restaurants and cafes which I saw and loved the look of but there just aren’t enough hours in the day to visit everywhere.