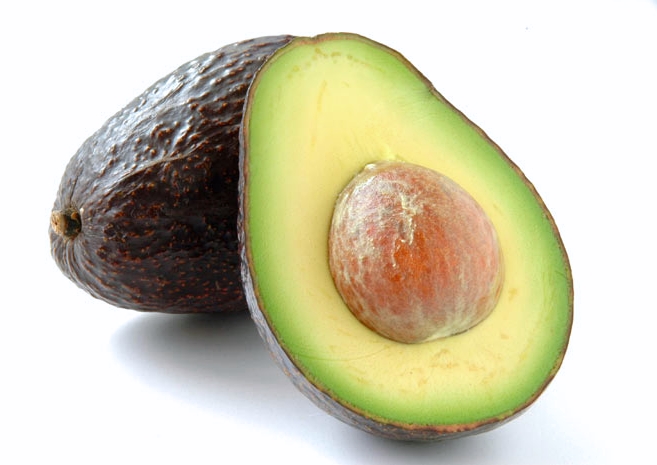 So here we are at the end of another year. How does it fly by so quickly?  The last 12 months has seen some pretty big food trends taking over our lives and our instagram feeds. From the weird world of spiralising to the wonderful world of bottomless brunches, 2015 has been quite a foodie rollercoaster! 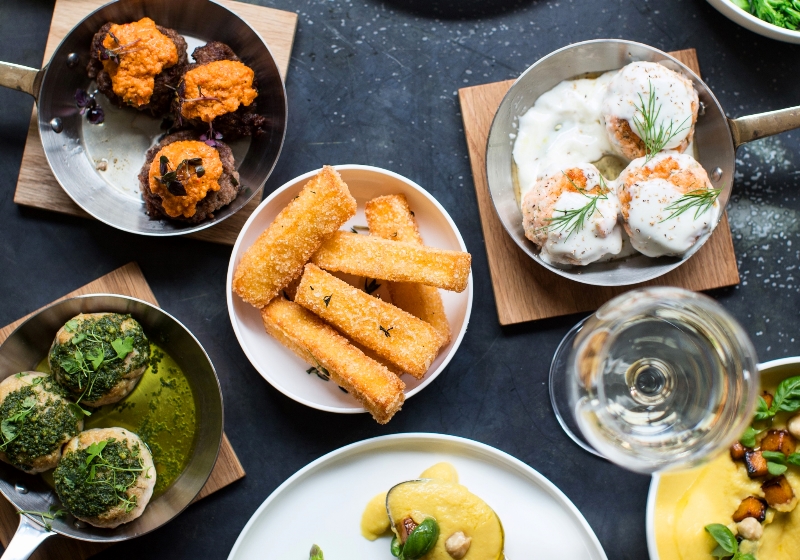 Single dish restaurants aren’t exactly a new phenomenon, they’ve been around for a few years now, but I think we all thought they would be a flash in the pan. However, with loads more opening up over the last year, our appetite for them has grown and grown. I actually wrote a piece for Time Out about them recently. Whether you’re a sucker for cheese toasties or a lover of baked potatoes, there’s something out there for everyone.

Elsewhere, Egg Break opened in July in Notting Hill, serving up eggs with everything and Tartufi & Friends, the ‘truffle lounge’, opened at Harrods in Knightsbridge. Covent Garden will get its very own fancy ‘chip shop’ when Come Fry With Me opens its doors in early 2016. 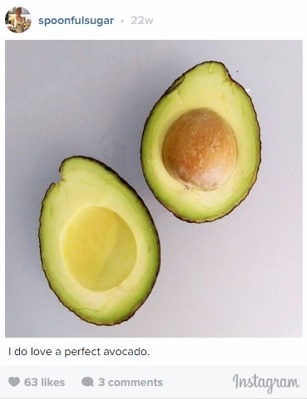 Everywhere…avocados were EVERYWHERE in 2015. Never has there been such an assault on Instagram as #avocado. Every day over the last year, as I scrolled through my Instagram feed, more and more photos of avocados appeared. There they were, mashed on toast, chopped up inside a NutriBullet, in salads, baked with an egg inside the perfect egg-sized hole, fanned out like beautiful pieces of art…avocados were the perfect ‘Instagrammable’ still life.

Seeing as 2015 was the year of the ‘clean eating’ brigade (see below), more and more people were learning of the virtues of the avocado. And its certainly not without merit…they are packed full of potassium, vitamin E and iron, they keep your skin supple and bright, and they also help you feel full.

When Nigella kicked off her new series of Simply Nigella with a ‘recipe’ for avocado on toast (which was heavily mocked on Twitter), Waitrose reported a 30% increase in sales. In the last year, supermarket shoppers in general spent £142 million on avocados and trade magazine The Grocer reported that avocado climbed two places to number eight in the fresh fruit top ten in its annual Top Products survey, while oranges dropped to tenth. I can’t see this appetite for avocados waning anytime soon. 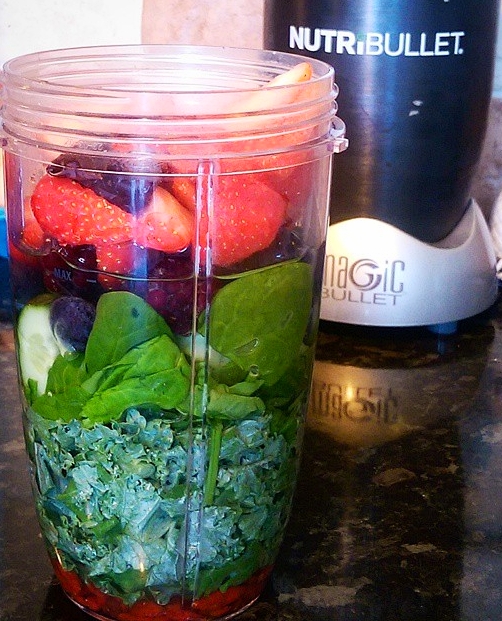 Who didn’t get a NutriBullet in 2015? Anyone? No…because EVERYONE got a NutriBullet in 2015. I got one for Christmas 2014 and I used it nearly every day of 2015. Yes, I had a few disasters before I found my preferred juice (if you’re interested…a handful of kale, a handful of spinach, a few blueberries, a few raspberries, a handful of goji berries, a couple of medjool dates, about 2 inches of cucumber, the juice of half a lime, a few fresh mint leaves, blitzed with coconut water and then poured into a glass with a splash of orange juice), but once I found it, I was on a roll.

I must admit, I love my NutriBullet and soon found myself urging all my friends to get one. If I’d been on commission I’d have earned a fortune! Juicing was big business and juice bars popped up all over the place. Many tasted like crap, I have to be honest. The Emperors New Clothes springs to mind with many of these drinks. Everyone kept reeling off the ‘benefits’ of these drinks whilst conveniently omitting the fact they tasted like someone’s sweaty socks after a particularly gruelling game of squash.

Many ‘clean eating’ or ‘wellness’ bloggers/gurus/coaches/instagrammers popped up, posting recipes for ‘healthy’ snacks replacing processed sugar with tablespoons of maple or agave syrup! I tried out a couple of recipes with an open mind but I can’t begin to tell you how disappointed I was with a recipe for sweet potato brownies. I don’t care how many people tell me they taste ‘amazing’…they don’t. They taste awful. If you’re going to have a brownie, have a proper bloody brownie. Just don’t eat them every day.

I couldn’t bring myself to buy a spiralizer though. Thin ribbons of courgette cannot replace pasta. In fact, I ate a lot more pasta last year than normal and I’m now wondering if it was my own silent ‘protest’ to spiralizing!

I’d love to have a proper discussion about clean eating but I don’t have the time, however these articles in The Spectator and the Guardian pretty much sum up my feelings. 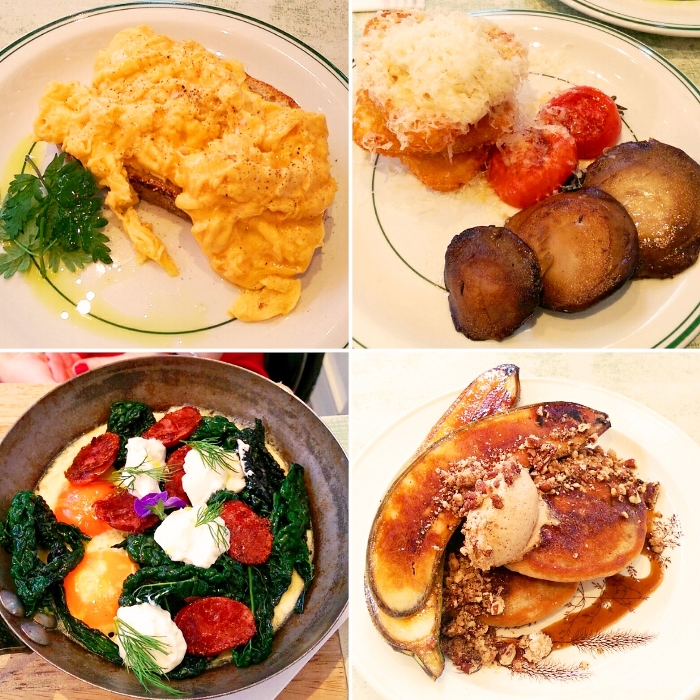 Onto a much more enjoyable pastime, brunch really came into its own in 2015. The UK seemed to finally catch up to what the Americans have been excelling at for years…that beautiful mid-morning foodie indulgence, not quite a breakfast, not quite a lunch, this is a meal that is usually enjoyed at ones leisure, and usually with alcohol. I did quite a bit of ‘research’ last year, trying to eat my way around London’s brunch scene each weekend, and wrote up my favourites here. However, I haven’t even scratched the surface. There are so many more to try, I could practically book up all 52 weekends of 2016 trying to get around them all!

Even better, the bottomless brunch really seemed to gather pace. If you haven’t already heard of it, its basically just brunch with the addition of free refills of booze. What better way to kick off a weekend? 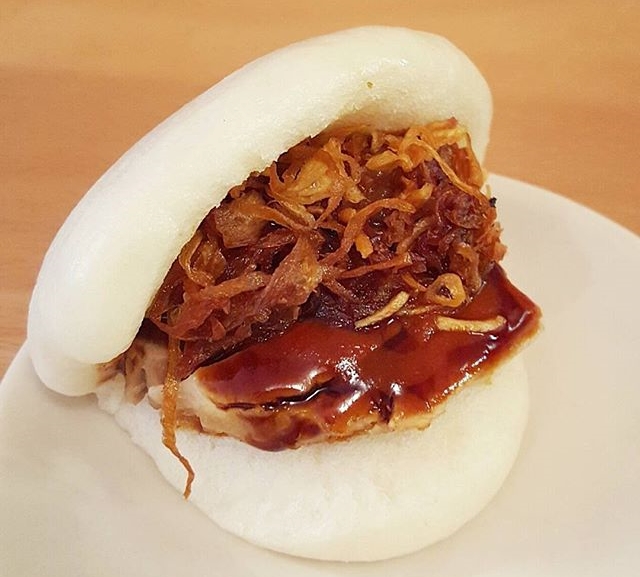 Steamed buns seemed to be everywhere in 2015. The queues down Lexington Street in Soho every day paid testament to how eager people were to bite into the pillowy soft buns at Taiwanese restaurant Bao. Tales of hour long queues put me off for months but luckily I work just 5 minutes away so I was soon able to tell when the best time is to get in without too long a wait (2.40pm seems to work). My personal favourite at Bao is the Confit pork bao with crispy shallots (pictured above).

A few streets across Soho is Bó Drake, a restaurant which fuses the cuisines of Korea and Mexico, and whose menu features the delicious Smoked Duck Bao with Hoisin Mustard BBQ and the mouthwatering Shitake Mushroom Bao with Miso Butter.

Over in Covent Garden you can fill your own steamed buns at Flesh & Buns, brought to you by the wonderful Bone Daddies, and soon Peckham will be getting a piece of the action when Mr Bao opens in early 2016.

So what’s coming up in 2016? Well there are rumours of seaweed being the new avocado (although I’m not sure how well that goes with toast!), and fermentation is going to be big news with the rise in popularity of kimchi and sauerkraut. Poké (pronounced poh-keh), a kind of Hawaiian ceviche, is set to be everywhere in 2016. The word poké means “chunk” in Hawaiian and tuna poké is thick cubes of raw tuna marinated in soy and sesame and mixed as a free-form salad. Now that is one trend I can definitely get on board with! 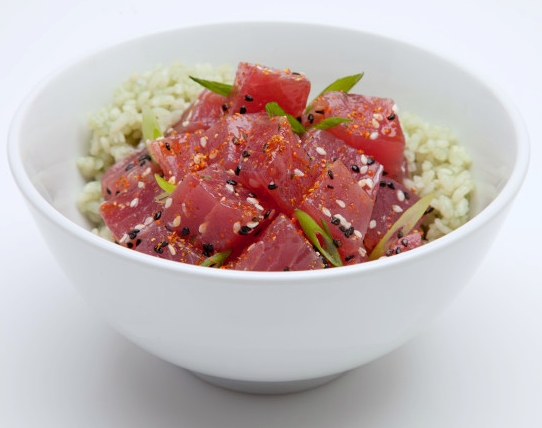