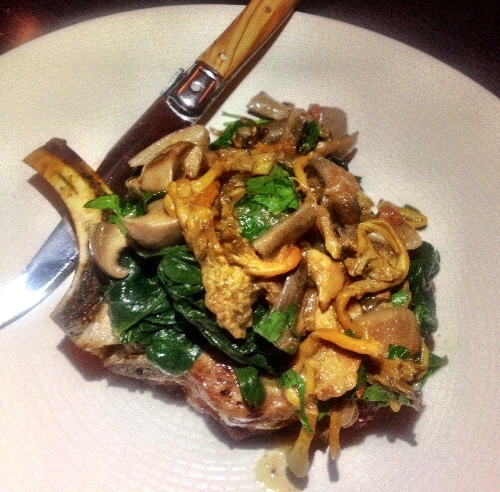 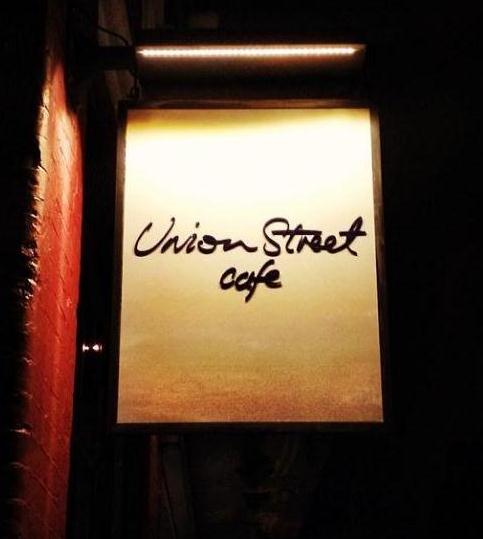 Just a short walk from Southwark tube, the restaurant is situated on the corner of Great Suffolk Street and Union Street. When I got there I headed downstairs to the bar where my friends were waiting for me.  The bar is lovely, like a living room full of mis-matched furniture.  It would be the perfect space to rent out for a birthday party.  We all caught up on our news over some delicious cocktails and then headed upstairs for dinner.

With high ceilings, exposed metal pipes, concrete pillars and huge windows, the restaurant itself has that whole industrial/warehouse look that is so common these days and in truth is becoming rather boring.  It feels a bit like painting by numbers now. It wasn’t unpleasant at all, just a bit unoriginal but at least it wasn’t drafty or cold. 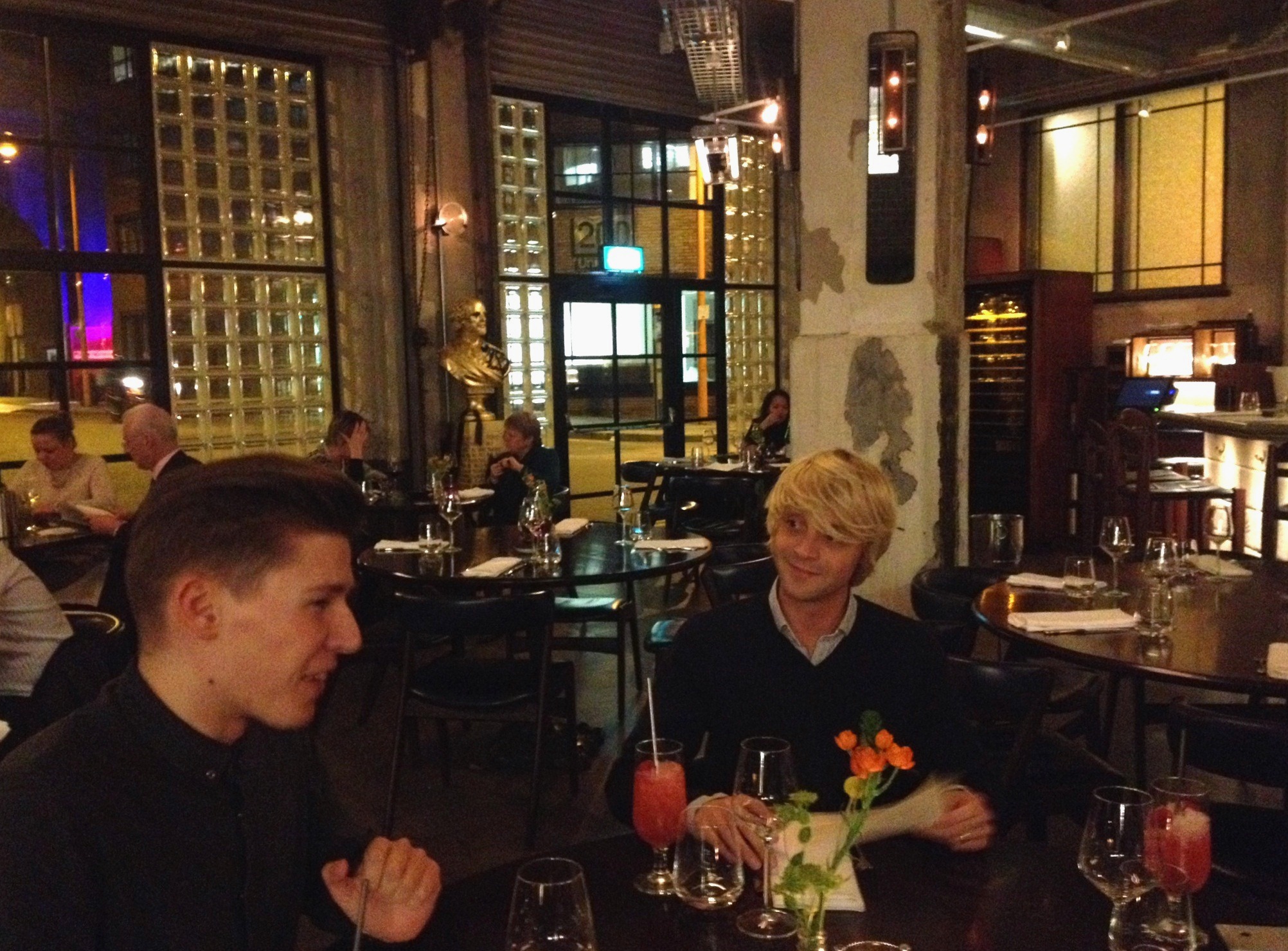 As soon as we sat down, we were presented with white and brown sliced bread…warm, and a dipping dish of really beautiful extra virgin olive oil. I could have happily eaten all of that as the oil was fantastic plus I’m a sucker for warm bread. 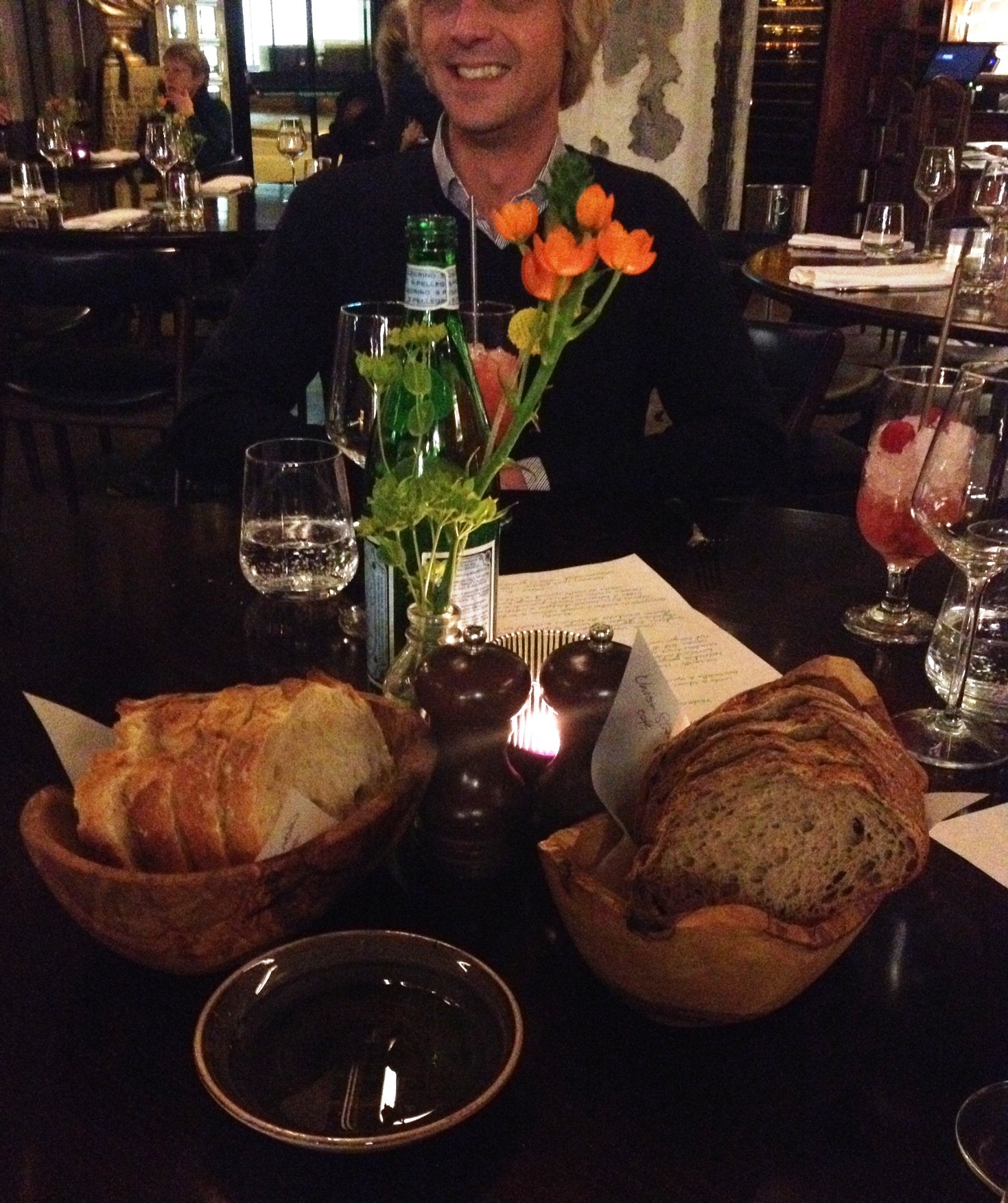 The menu is predominately Italian but our very lovely waiter patiently translated nearly every dish for us in great detail. 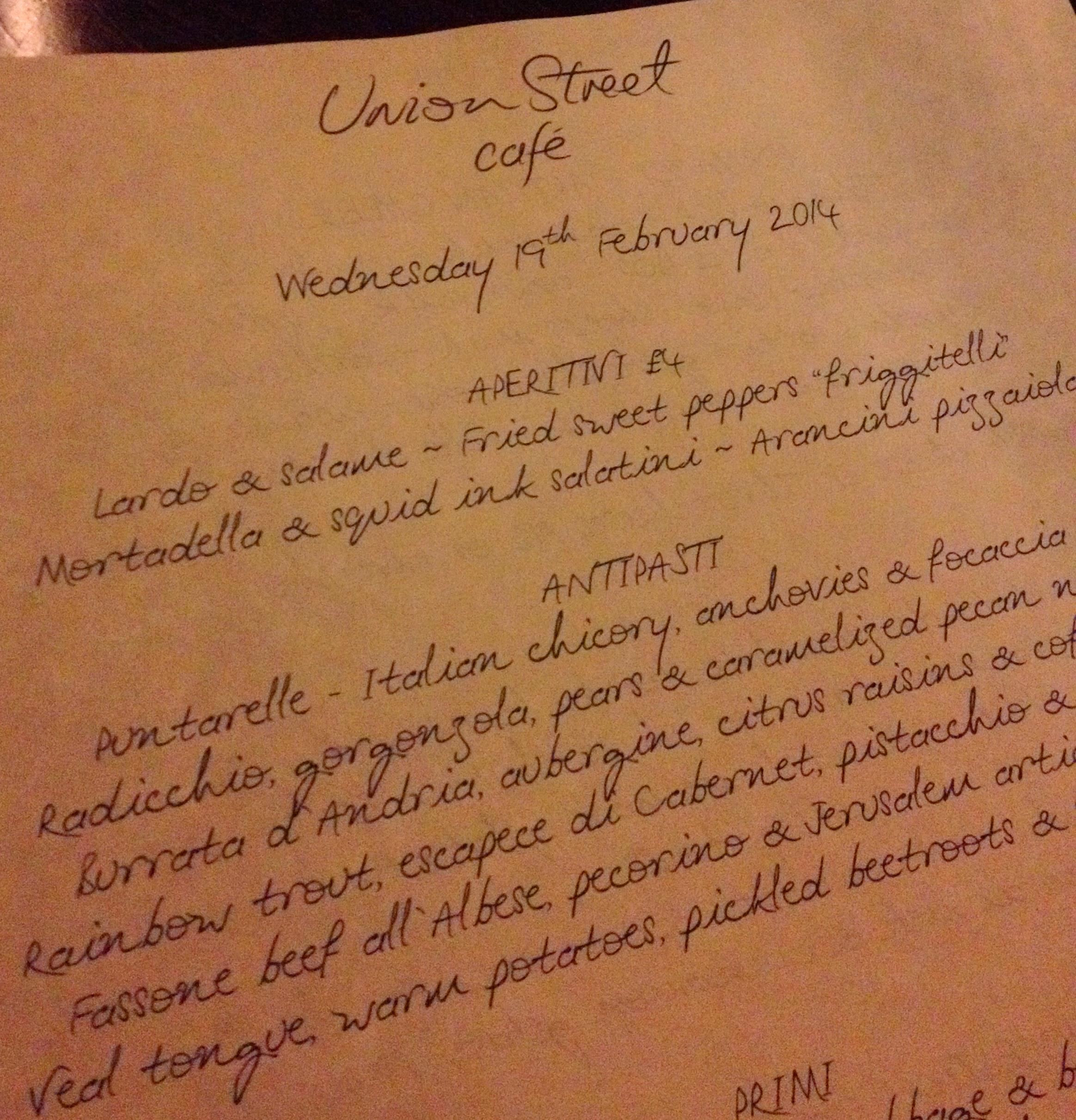 I ordered the radicchio, Gorgonzola, pear and caramelised pecan salad to start. 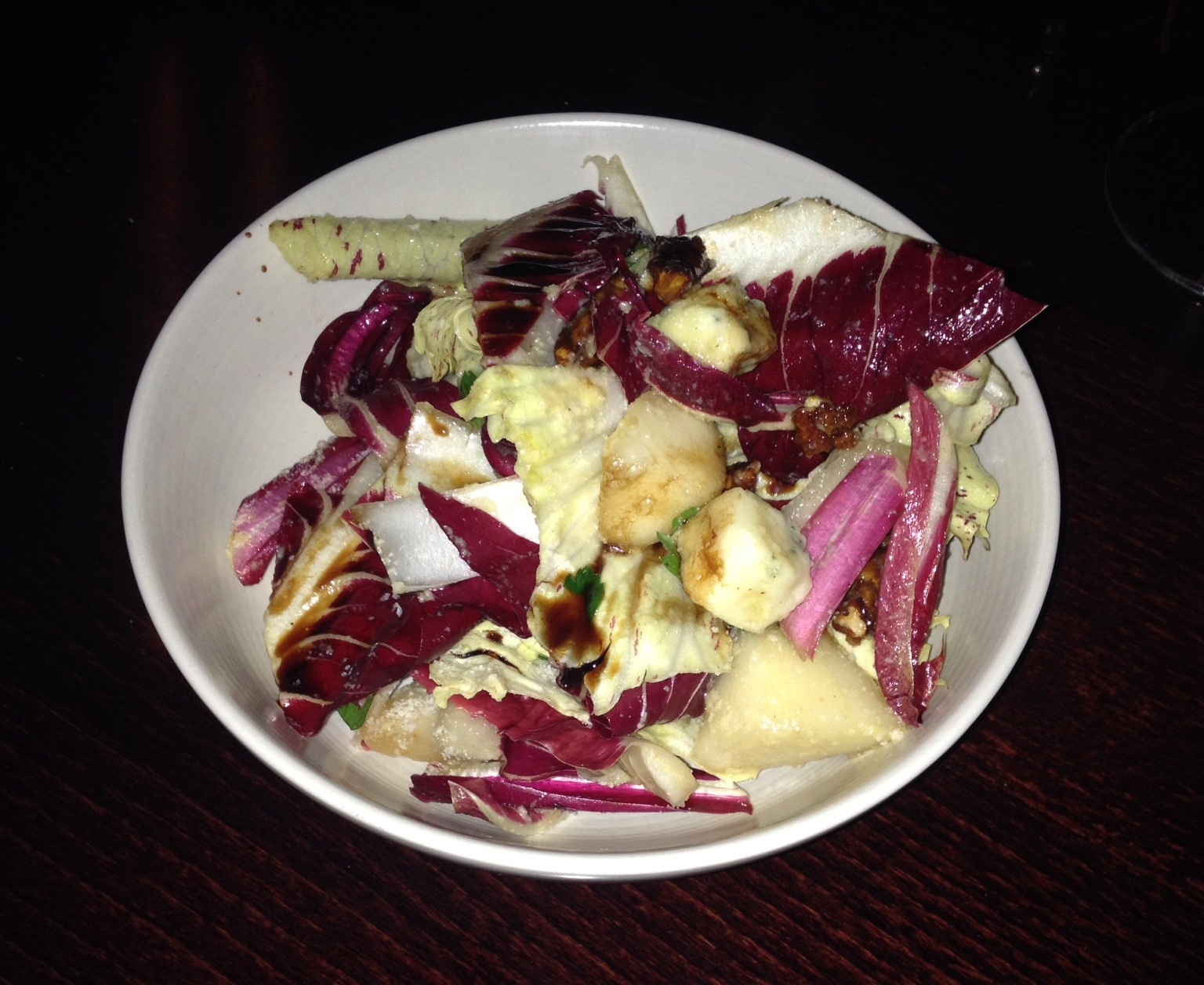 This was lovely, although you can’t really go wrong with this. Each ingredient is amazing and its a dish of classic pairings. I could have done with some more of the gorgonzola and caramelised pecans as the bowl was pretty heavy on the radicchio and large chunks of pear. But I couldn’t really complain, it was a very pleasant starter.

Paul went for the burrata with aubergine which turned out to be very disappointing. I very nearly ordered it myself seeing as I love both burrata and aubergines but after tasting Paul’s, I was relieved I’d opted for my radicchio and gorgonzola salad. For some reason the burrata was completely tatseless, as were the aubergines. Both soft in texture, there was really nothing appealing about this dish at all.  No texture, no taste. What a shame.

In contrast, Heath had ordered the artichoke risotto and that was simply heaven. The rice was cooked perfectly, the artichoke flavour came through. It was light and fresh and absolutely delicious. I had serious starter envy.

When it came to ordering our mains, Paul and I couldn’t decided between the veal with wild mushrooms and the sausage meat pasta, so we decided to share both. 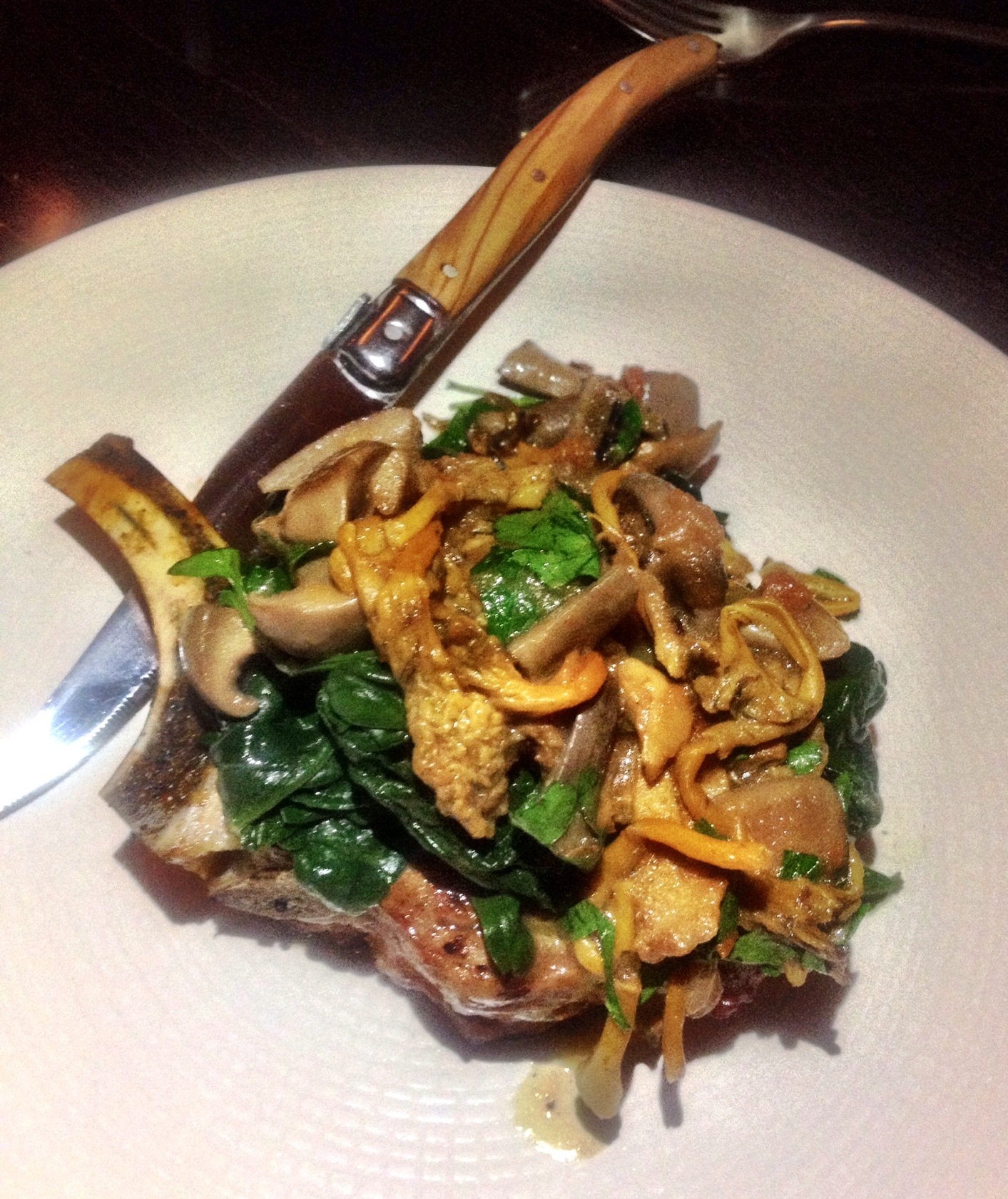 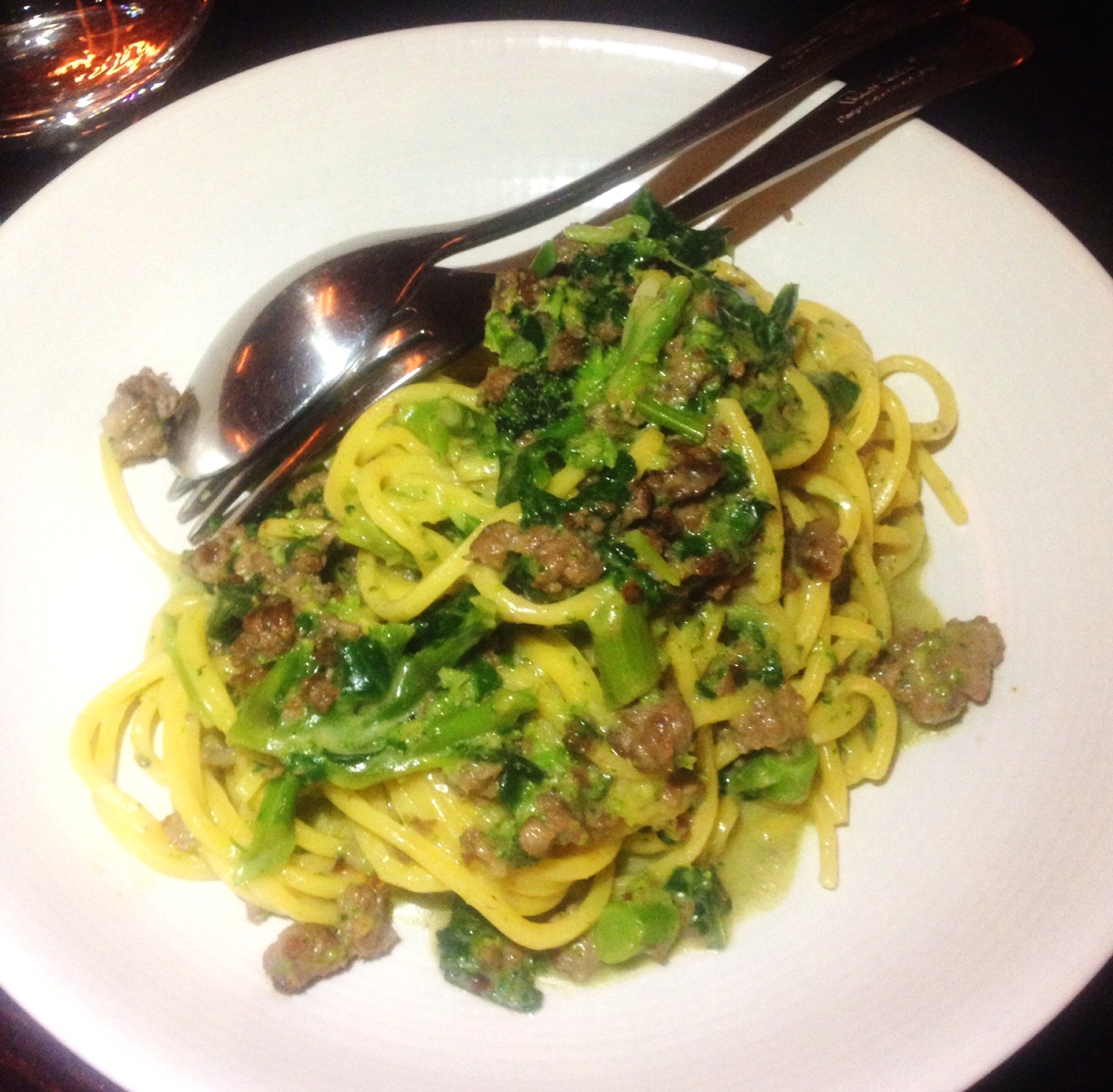 Again, the issue of flavour popped up. The veal with wild mushrooms looked incredible when it arrived at the table, but when I tasted it, it tasted of…well, nothing! How can this be? I just don’t understand it. A portion of mashed potato also came with it and that, again, tasted of nothing. The potato wasn’t seasoned at all. I’m afraid that is a deal breaker for me. If you can’t even season your mashed potato, then there is something wrong in the kitchen. It seemed as if none of the food had been seasoned. I was so disappointed. I expected a lot more from Gordon Ramsay, or at least the Gordon Ramsay name.

The sausage meat pasta was pleasant. It did at least taste of sausage, and the pasta was cooked very well. But it wasn’t ‘Oh my God, this is amazing’, it was more….if I made this myself at home and sat down on the sofa to eat it whilst watching TV I’d think ‘that’s pretty good’.

Heath and Dean had ordered a lot better though, they had the sea bream which was really delicious. Crispy skin, soft flesh, full of flavour. Heath definitely ordered well!

After much deliberation over whether to have pudding, we decided cocktails would be better. 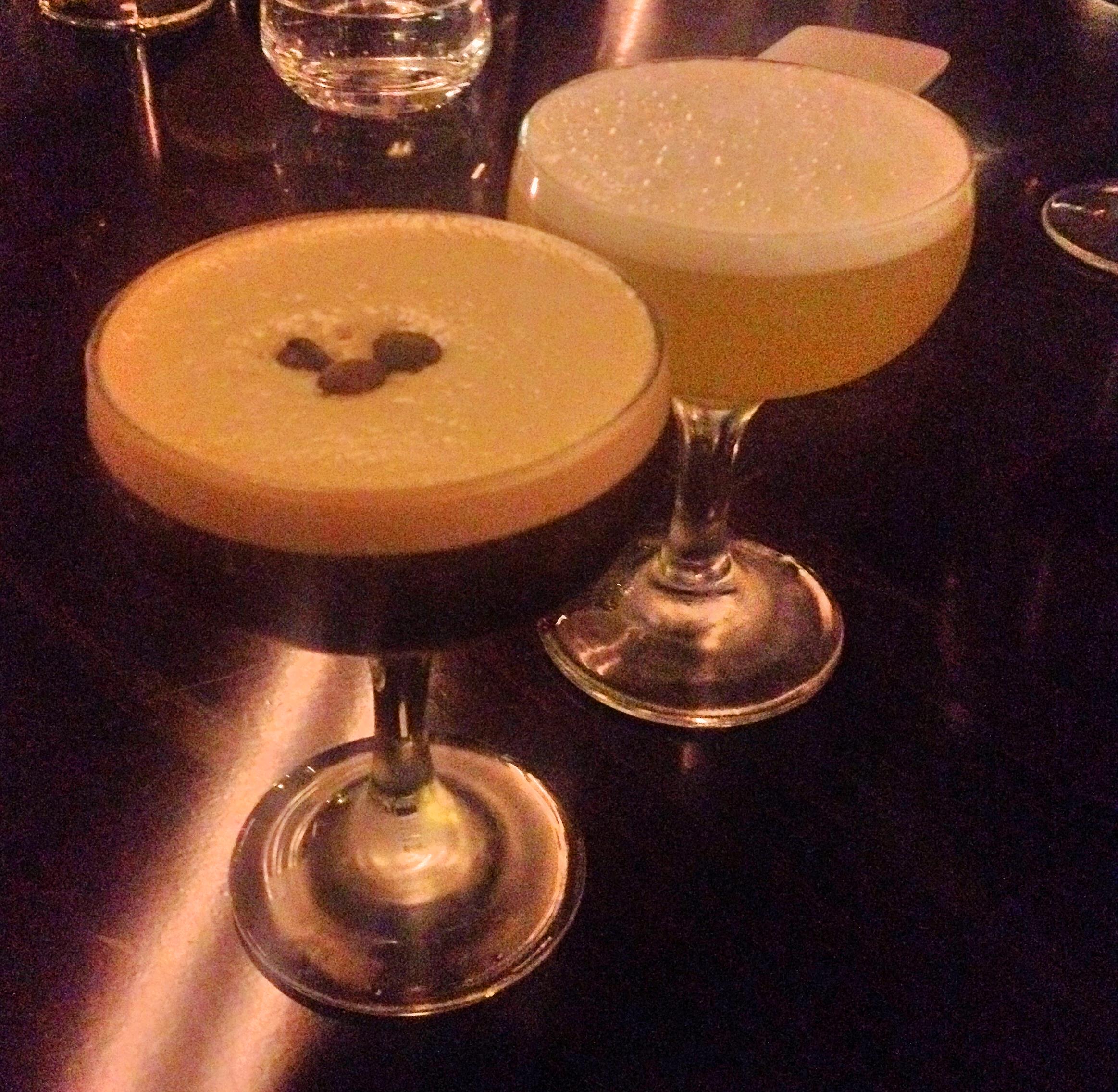 Looking back, I have mixed feelings about this place.  If I had ordered what Heath ate, I would have walked away thinking Union Street Cafe was fantastic. He had a wonderful artichoke risotto followed by beautifully cooked sea bream and finished off the evening with delicious martinis. Unfortunately I did not order so well and I walked away thinking most of the food was rather tasteless and overall very disappointing. It was less ‘wow’ and more ‘meh’. Such a shame that a simple matter of basic ordering could make such a difference. But should this happen at all? Shouldn’t every dish taste fantastic?

On the plus side, we had a very friendly and informative waiter who’s smile never left his face, a very helpful barman who made excellent cocktails, some incredible red wine and of course, I had wonderful company. I also loved the bar and the cocktails downstairs. I would definitely go back to the bar but I wouldn’t rush back to the restaurant I’m afraid.