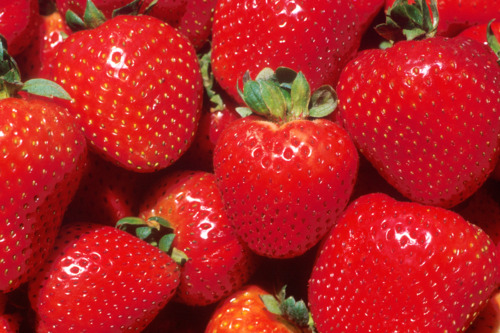 June is one of my favourite months. It signals the beginning of summer, plus my birthday is in June and, as much as I seem to choke when I have to say my age these days, I love my birthday celebrations and getting all my friends together. This year we’re all going to Amsterdam for a long weekend and I can’t wait!

Anyway, back to food. June is usually, fingers crossed, packed with sunshine and what’s in season reflects that. This year the weather looked promising, with a 2 week heat-wave at the end of May, but as soon as we got to June, the sun disappeared and the grey skies and rain returned. How typically British!

Weather aside, to me, June means one thing…strawberries. I love strawberries. They make me think of lazy days lying in the park, or watching Wimbledon. What’s more delicious than a ripe strawberry picked straight from the plant on a hot summer’s day? When I was a little girl, my mum used to take my brothers and I fruit picking. Although I did more eating than anything else. One year, after a full day of fruit picking, we arrived at the scales to weigh what we’d picked, and the man, who saw the strawberry-red stains all around my mouth, promptly picked me up and placed me on the scales instead of my half-filled bowl! Whoops!

British strawberries are perfect in June, with their alluring sweet scent and their succulent juiciness. I don’t think there are many things better than strawberries sprinkled with a little caster sugar and dipped into thick whipped cream. My mouth is watering just thinking about it!

This is also the season for gooseberries. Gooseberries aren’t as fashionable as they were in the 19th century when gooseberry wine, tarts, fools, pies and puddings were all common place. The gooseberry was once a much celebrated fruit but nowadays the gooseberry has become a much forgotten wonder of the past, which is a shame.

As well as the more traditional uses for gooseberries like pies, tarts and fools they can be used in more adventurous ways, such as cooking them down with some sugar and serving them with a pork chops/roast instead of apple puree/sauce. Delicious!

Early in the season they are bright green, with a veined effect on the skin, and quite hard and tart – they are best for cooking with, in particular to make the classic English pudding, gooseberry fool. Later on, softer, sweeter varieties become available, often yellow or red coloured – and these are lovely eaten raw.

And onto one of my favourite foods….tomatoes. I adore tomatoes and eat a punnet of cherry tomatoes a day. I always have them on my desk at work and eat them like sweets! Tomatoes are technically, (botanically) a fruit, but their affinity for other savoury ingredients means that they are usually classed as a vegetable.

Tomatoes vary in size from the huge beefsteak to tiny cherry tomatoes, but most have a sweet, gently tangy flavour and are good both raw and cooked. The sooner you eat a ripe tomato after it’s been picked, the better it will taste, so try to seek out locally grown tomatoes if possible.

Tomatoes are probably one of the most versatile ingredients. You can do so much with them. The type of tomato you buy depends on what you intend to do with it. Here’s a run-down of some of the most common types….

Beefsteak: these are the biggest tomatoes, and have a meaty texture with a sweet, mellow flavour. They are good for salads, grilling or stuffing.

Salad (or round): this is the traditional British tomato – it’s a good all rounder, but really needs to be ripe to get the best flavour.

Cherry: small and very sweet, cherry tomatoes are pricier than salad tomatoes but their intense flavour is worth the extra cash. They are good in salads, pasta sauces or roasted.

Plum: Available as a baby or full-grown tomato, plum tomatoes have an oval shape, with a rich flavour and comparatively few seeds. Good for making sauces and stews.

Green: there are two types of green tomato. One is unripe, and is quite tart but good for chutneys, or fried. The other is a variety that stays green when ripe, has a tangy flavour and is good in salads or, again, fried.

Yellow: these ripen to a golden yellow colour, and are good in salads, salsas and chutneys.

NEVER keep tomatoes in the fridge. The cold temperature dulls the flavour so they should be stored at room temperature. Broad Beans, or fava beans as they’re known in the US, are a great source of protein and carbohydrates, as well as vitamins A, B1 and B2.

Buy broad beans as fresh as possible, when the pods are firm and crisp. They are beautiful steamed or boiled and served with a sprinkling of sea salt. Once they are cooked, simply slit each pod along its seam and run your thumb along the furry inside to push the beans out.

Alternatively you can mash them and serve them on crusty bread, or serve as a side dish. Or you can add them to soups. They are so versatile there are countless ways you can work with them.

Please try to eat seasonally if you can. Foods in season contain the nutrients and minerals that our bodies need at particular times of the year. Its also a great way to support British farmers and it keeps the carbon footprint down. Plus, the foods should also be cheaper. 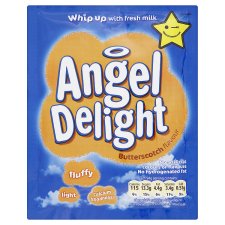